And during the few moments that we have left, we want to have just an off-the-cuff chat between you and me — us. We want to talk right down to earth in a language that everybody here can easily understand.
-Malcolm X

Although the term transparency is uttered ad nauseum and comes in more flavors than Baskin Robbins offers ice cream, ‘clearing the fog’ is paramount to reviving an industry that has used the art of witholding information as a weapon of profitability at the expense of the unwashed…the effects of which we are now witnessing in the form of a sensational, market-wide correction.

The mortgage industry has been a shell game for almost it’s entire existence. Baffling people with bullshi* has been a rule, rather intended or not, enforced by the professionals that propagated a transactional ‘burn and turn’ mentality. Terms and language like amortization, annual percentage rates, caps, adjusters, and escrow…typically only used by and within a small sector of a niche industry… are spoken in a matter of fact fashion at people who will innately acquiesce rather than be perceived as naive.

In my experience the level of naivete about the mortgage industry and how it works is not limited to the consumer; the typical real estate professional’s mortgage acumen doesn’t reside much higher on the relative IQ totem pole. It’s been rather easy for a mortgage professional to belittle or appear far smarter than the average person simply because they have command of a vocabulary that more resembles a foreign language than simple economics.

These manipulative practices, along with bloated business models and frivolous lack of logical lending standards comprise the core of the current state of problems within the industry…all of which have either expired or don’t have a shelf life longer than warm milk.

Consumer confidence is paramount to (continued) success for any industry. Currently, confidence in the mortgage industry is close to non-existent becasue we inherently don’t trust what we don’t understand.

Many mortgage professionals will have you believe that too much information is a bad thing, that ‘the public’ doesn’t need to see or know it all, that it only confuses people. I beg to disagree. We’re in the age of information, of instant gratification, people want it all and they want it NOW.

As such, mortgage pro’s would be wise to become teachers of how their industry and the products it peddles work rather than sales people pitching empty value propositions, embracing social (and other) media (and mediums) as an extension of themselves and their brand.

At the same time they should become students of the University of Enlightened Consumerism, a school with omnipotent instructers like Google, Wikipedia and a cornucopia of other resources available at one’s fingertips that delivers real time curriculum made possible by the transition into the Information Age. Practices described in the begining of this post that may have worked just a year or two ago will now get one deemed disingenuous or worse.

It’s time to get naked. Education in an open forum with access to raw information…interpretable and debatable by large crowds rather than a chosen few…is a proven path toward regaining the trust in the eyes of the perpetually enlightened consumer, and can help pull those willing to change through the massive ‘correction’ this industry is currently in the middle of.

The consumer demographic growing the quickest has less to do with traditional factors such as age or race and far more to do with folks who are ‘information dissemination savvy’…thus the game becomes: He/she who gives up the best information the fastest wins.

Here at AG I’m going to do a weekly post on how to navigate through what’s left of the industry. More specifically: How to quickly identify mortgage professionals who have adopted and/or embraced doing business like ‘this’ with targeted questions, other mortgage market specific op/ed material identifying new trends and strategies in hopes of fostering a smoother transition out of the ambiguity and into a clear, open, articulate, transparent marketplace…which is a better place, the only place, for everyone to go. 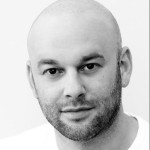