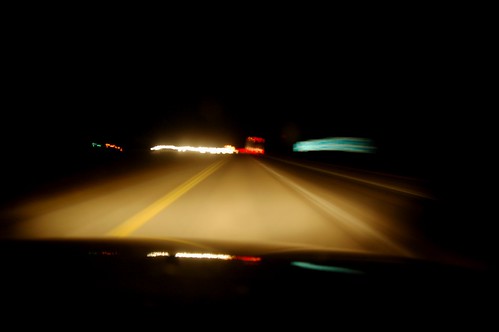 My Grandfather was a terrible driver.

He was a good man and a good Grandfather, but not so good with directions. He lived in a small town in upstate Pennsylvania, and had relatives in New York. On a Friday night, when he would close the store and drive to New York City he would often take much longer then needed to complete the journey. When his daughters or his wife would question the route he was taking, he would explain that he was driving where he was because he was “on a good piece of road”, To him it was more important to be “on a good piece of road” then headed in the right direction. A lot of us are like that in business. We pick the smooth road before we pick the right one, believing all the time that this is the route we need to take.

I recently met with a Real Estate broker who wanted to sell his real estate company. Before we met, there was a great deal of concern about signing a confidentiality agreement because he had (he thought) a unique way to run his real estate company which would revolutionize the real estate industry. In order to review the financial statements and determine if the company was a good fit for our firm, I signed the agreement, somewhat curious to see what his epiphany was. It turned out that he had designed a fee structure that was obviously not generating enough money to operate the business. In fact a quick review of his P&L showed he was losing money, and had not been very profitable even in the best years of the real estate boom. And yet even in the face of empirical evidence that his idea didn’t work , he thought he had invented something that was the greatest thing since sliced bread.

We are all Legends in our own Minds

I’m not being critical of his business model. Ours is an incredibly inefficient business model, and when individuals apply logic to an analysis of an individual transaction, numerous models appear that seem to be “better” or “more efficient” , but since our business requires the successful transactions to cover the costs of the unsuccessful transactions, these business models generally require the re-tooling of the thought patterns of the entire potential base of customers and clients  – something that is beyond the abilities of anything I have ever seen in my lifetime. But the pros and cons of alternate business models is not the crux of this post- It is the refusal of an intelligent individual to recognize the realities of the marketplace when they conflict with his vision of what the marketplace should be.

So What’s Your Point?

Be aware of the realities of your market and be guided by what works instead of what you think should work. When an idea comes to you, remember that it may seem great because you understand it, but your consumer might not-Don’t be so in love with the idea that you don’t recognize the potential problems.  Try to determine if there is a critical mass you need to reach in order for an idea to work. And then try to understand what that critical mass might be.

Determine if the desired return can be obtained in a time frame that is acceptable. How many people have you seen leave our business just before they “turned the corner” and realized the fruts of their efforts? All because they weren’t paying attention to the route they had chosen.

Try to Take the Right Road

I’m not suggesting that trying new things isn’t the best way for an individual or a company to grow. In fact I think that new ideas are the life blood of our business, I’m just suggesting that trying to be objective about an idea is a good thing. For example, we initiated a new marketing program to incent other brokers to show and sell our listings. Before implementation, we analyzed how many properties we would need to have in the program, how we would educate our agents, the sellers of the properties, and the agents who work at other brokerages. We designed supporting marketing material, and determined how we would disseminate the information, and then we made sure that we had the resources to continue to support the program. So far we have had several hundred properties participate, and over 100 of them have sold and settled, but we still need to support and promote the program because agents need to have it pushed in their faces before they become aware of it.

So when you have that great idea, give your idea the best chance for success by trying to determine what can go wrong, and planning for it so you increase your chances for success. Or, like my Grandfather, be prepared to go way out of the way before you get to your destination, and just hope you don’t run out of gas on the way.