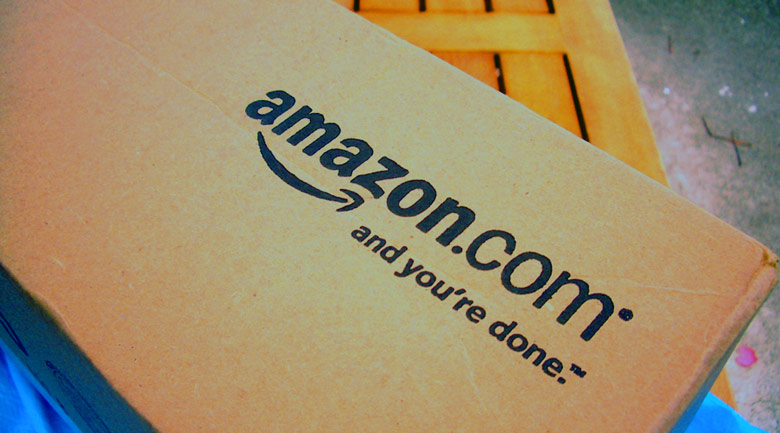 Convenience is great. Choices are even better.

Read also: Amazon fed the rivalry with a bot-block to Wal-Mart

Unfortunately, we’re creatures of convenience. But what if there weren’t choices and Amazon is our only option?
Let’s say you wake up one day and your local grocer’s, Target, Wal-Mart, and every other similar brick-and-mortar store had closed their gates for good. Maybe you’re thinking, “Who cares? Those guys are over-priced and suck anyway.”

Hold on now; think about it.

The things we take for granted

It’s an oddly satisfying feeling when you can tour a nearby everything-in-one-place joint like Target, find the thing you were looking for, and beeline toward Guest Services and ask (throwing a sheepish grin of utmost innocence and sincerity), “You guys do price matching, right?”

After the transaction is complete, you walk away with a slightly smug sense of self-satisfaction that you beat the system.

You did get to cut the rest of the normal lines, after all. It was worth it to price check the local shops along with mega e-commerce giants like Amazon, EBay, and the like.

You compared and calculated which retailer offered the most bang for your buck, which granted you the use of coupons, and which scored you the most points/rewards, and then ultimately: which spared you the least amount of hassle possible.

Careful what you wish for

Many would prefer the less-hassley-route, especially if said route has a number of different delivery options to choose from, caters to your every whim, and included a special bonus for introverts: no need to leave the house or have an awkward social interaction with someone in your head over and over again.

And this is how they get you.

The immediate impact of all brick-and-mortar businesses closing down would be the massive amount of job loss.

I’ve worked retail and I’ve slung my share of lattes and when you have little experience in anything else, the job-world can be a terrifying place.

Earlier this year Amazon announced that they would be adding 100,000 jobs despite the crumble of many brick-and-mortar locations (yay jobs!).

But does this offset the loss?

In this hypothetical situation in which Amazon is our only option, hordes of people would be affiliated with Amazon in some way or another: whether as a delivery person, warehouse worker handling packing and shipping, software developer, or PR person; Amazon would naturally expand to include more Amabots (term used to describe someone who has drank the Kool-Aid) under their regime.

Even with the foresight of “destruction-by-Amazon,” many companies would not, or not be able to, financially support the re-training of individuals that may be impacted by such an event.

And what of the shade thrown at Amazon’s treatment of its employees?

Does the person working the cash register at a grocery store typically have on-hand the skillset needed to carry over into warehouse worker or driver roles? Maybe we’ll expect a rise in low pay high labor work or an increase in cardboard sign-carrying cup-jinglers at intersections.

Black market jobs and industries will begin to cultivate.

Devices needed in order to access Amazon will become a hot commodity because let’s face it, not everyone is connected to the Internet of Things.

As a result, internet cafes will also become more commonplace for those that don’t have access, because how else are you going to restock the toilet paper?

In this brave new world, Amazon will undoubtedly expand to cover any remaining territories.

Take into consideration one of Amazon’s target goals: to deliver product to the consumer as quickly and efficiently as possible.

To do this will require the development of new distribution centers in order to be closer and readily available to a broader audience’s location in order to meet promises of same day delivery.

After all, this is now our only method of obtaining groceries and goods. With ghost towns of malls and grocery stores becoming more commonplace, available retail space is now prime for the taking.

This includes services such as Same Day, Prime Now, Amazon Restaurants, and Prime Pantry – all of which are available through Amazon Prime memberships exclusively.

As Amazon is now the chief-supplier of most goods and services with no immediate or accessible competition, they are free to charge whatever they want, whenever they want.

With a monopoly like this, one could hope that the increase in revenue might go toward a “greater good” such as new and innovative technologies for the benefit of humankind.

While wishful thinking for those affected, where’s the incentive for such a powerhouse?

So while Amazon is rapidly expanding as a company and as an icon, I don’t think we’ll quite run into Mad Max-levels of dystopian destituteness, but it certainly feels like we’re on the way.

First, things like proxy services, privacy-specialized toolbars, and special barrios of the internet where you can buy and sell just about anything you want will become much more widely accessible. Everyone will learn real quick how to grow gardens or care for chickens when their only option is to have food delivered.

Those living in rural areas who rely on the weekly drive up to town to go to Wal-Mart will likely struggle the most.

Aside from this, we’d have very little reason to leave the house.

I mean Amazon is basically already trying to get us accustomed to the “just a touch of a button away” approach with their Amazon Dash doo-dads. They want us to sit on our butts, totally reliant on them.

So no longer can we (or should we, really) blow our paychecks on Moonpies and whistles, but instead must make intelligent, strategic choices about the things we buy, how much, and when. Glob knows when there’s a sudden price hike on “X” item for some finite amount of time.

Or what of availability of goods? If Amazon doesn’t have it, no one does.

Because of these uncertainties, perhaps we’re more inclined to hit up our neighbor, friend, or family member for a cup of sugar, pain reliever, or a clean pair of socks?

Maybe we rally together in communal boycott of our expected reliance on the system and find ways to look for loopholes to take advantage of in order to stay afloat.

I love Amazon, I really do, but it’s only because I have them to compare to other things. I’d like to not see them become LexCorp, but in this hypothetical it’s worth considering how drastically different our way of living would become if they did have a monopoly on the market.

In this article:amazon, monopoly, The News