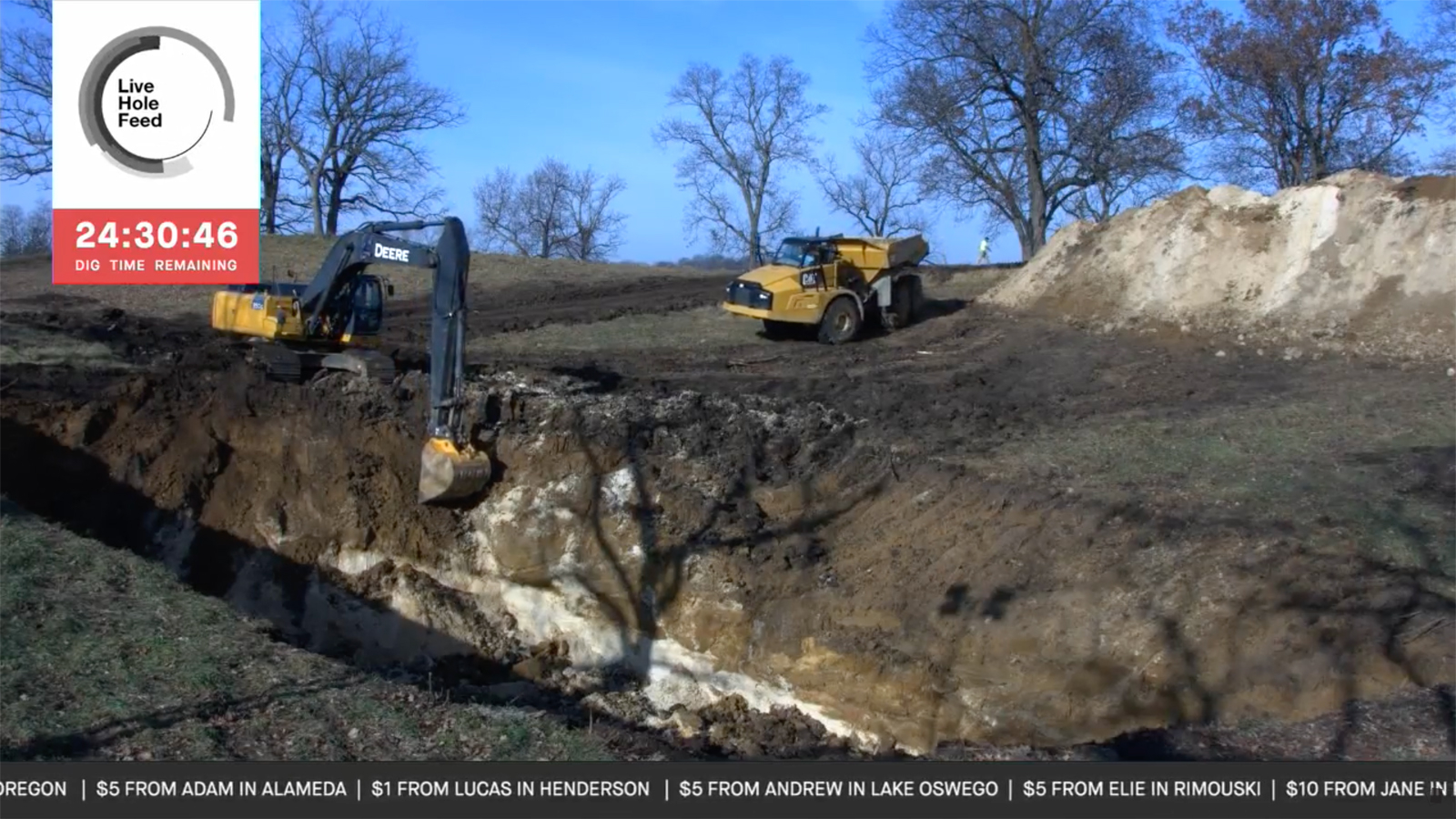 Definitely putting the “hole” in “asshole”

There is nothing that bothers me more than a flagrant waste of money, and Cards Against Humanity’s Black Friday literal money pit is no exception.

Read also: Cards Against Humanity’s touching move that all brands should emulate

Following a tradition of Black Friday snark, Cards Against Humanity is accepting donations to help dig a giant hole in the earth for no particular reason. Every dollar buys a second of dig time, including the tractor rental, diesel, and a construction crew to dig the enormous holiday hole.

‘Tis the season to spend money

It’s a riff on holiday greed to say the least, but this unrepentant gimmick is irresponsible and upsetting. Sure, over the holidays we spend money. We spend more than just money – we spend gobs of it, hundreds of billions of dollars every year. Some people would argue that this in itself is Western greed at its worst.

But the reality is, we’re spending money (for the most part) on each other. We buy gifts for our loved ones, holiday meals for our families, turkeys and hams, and iPhones and Echos and Surface Pros and FitBits. This, I would argue, is not a waste of money. It’s, though perhaps misguided, an attempt at showing our affection for one another, and it is still a holiday tradition that brings us together.

The Holiday Hole may be, in its own small way, a statement about how we spend our money in December – but to me it’s an insulting and irresponsible venture, and we should expect better of its creators.

Having money is a privilege, and spending it is a statement.

They stand by it

This is perhaps the deeper argument. It’s not really about Cards Against Humanity, or a hole, or how we spend our money at Christmas. It’s not even about a dumb joke that seeks only to destroy the world. It’s about how companies use their platforms to influence people. How they create responsible and thoughtful consumers with their products, their ads, and their social media.

Could we have expected much else?

Even from the creators of the rudest game on the planet, this gimmick is low. They could have spent that money in a million ways. The world’s youngest eyes are on them, and they decide to dig a hole.

Max Temkin, one of the ring leaders of the company once said in an Inc. interview, “Our main priority is to be funny — and to have people like us.” Well Temkin, and all the other geniuses behind the holiday hole:

In this article:black friday, Cards Against Humanity, crowdfunding, Holiday Hole, The News