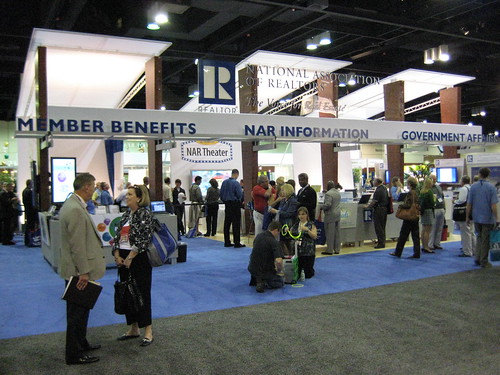 One of the common threads in blogs written by real estate sales people is a disconnection from the National Association of REALTORS. They feel that NAR is some faceless entity run by anonymous individuals who have some secret agenda that is disconnected from the lives of the working real estate professional. The truth is far different, and as someone who participates in that process, I thought that transparency would be served by showing how things work.

At the NAR meetings in May and November, committees meet, and forums are held to disseminate information and to solicit the concerns and suggestions of the members.In November of 2007, at the Risk Management Committee meeting, there was concern expressed regarding the growing number of short sales and the lack of experience and information among the general membership. Issues of compensation, disclosure, and potential liability were brought to the attention of the committee.

President Gaylord appointed a Working Group and a meeting was scheduled for January in Chicago.  Talk about dedication!  Have you ever been in Chicago in January? Members of the working group arrived from all over the country, carrying with them tales of horror from their specific markets. By the end of the day, the Working Group had met, defined the issues facing the industry and made suggestions for solutions which might resolve them.

They determined that suggestions needed to be made to the Multiple Listing Systems around the country to help avoid problems for consumers, and reduce potential commission disputes among members. A work flow for members to use in the Short Sale Process was created along with a Power Point Presentation to use for instruction. And suggestions were made that NAR reach out to large lenders and the GSEs.

Short Sales are a Fact of Life

Because the Short Sales Working Group acted so quickly, the report of that working group was received by the MLS Issues and Policies compensation work group so they could create suggestions for the consideration of the full committee when they met in May in Washington.

And some other developments resulted from the efforts of this small group of working REALTORS;