Interesting fact about your humble narrator: I’m super polite. Like noticeably, oddly, “serial killer in the first act of a horror movie” polite. I’ve had my manners straight up laughed at, because when the big scruffy guy minimizes one on Skype or slides past one in a grocery aisle, one does not generally expect to hear “Oh, I beg your pardon, just one moment please.” Real talk: that’s pretty funny.

Know why I’m so polite? It sells.

I came up in a Southern family, and yes, a lot of Southerners are super polite, and yes, that was part of my family’s value system. But we were also an upwardly mobile coal-to-computers family, and that’s how you get from the one to the other. It’s not about talent and hard work; there’s plenty of both those things in the mines.

It’s about looking, speaking and acting in the manner approved by the social group you’re interacting with.

That’s what manners are, my family was totally open about that fact, and they taught me how to use it to get money. Worked, too. Bet it does for you too.
But it’s bleeding exhausting sometimes, innit?

As the excellent linked article points out, service jobs in particular make enormous demands of their workers’ social reserves. Every single customer gets a smile and “Have a nice day!” Every customer who wants one gets a conversation.

Do otherwise and expect to hit bricks.

Women and African-Americans in particular get hit with this, since studies show a greater expectation of workplace politeness from those groups. In the former case because of stereotyped expectations of patience and agreeability, in the latter because non-black customers demonstrate a lower threshold of perceiving African-American workers as rude or unfriendly compared with other groups.

In both cases, the demonstrated double standard correlated strongly with lower job satisfaction.

Correlation isn’t causation, and neither I nor the author of the articles or studies referenced are recommending a nationwide shift from “have a nice day” to “here’s your purchase, cram it sideways.” Customers are going to keep reacting positively to cheerfulness, or a half-convincing facsimile of same, and that’s going to keep being reflected in P&L.

But the authors of the articles and studies are making a vital point that employers need to take to heart. Anyone interested in maintaining an appealing corporate culture, with employees that actually are happy rather than just faking it, needs to remember Rule 2 of manners:

My family may have taught me to be uber-polite, but they also taught me that when other people aren’t, because they’re tired or frustrated or dealing with problems you don’t know about, it’s no excuse to treat them badly.

There’s no excuse to treat someone badly.

“Treating someone badly” absolutely includes docking their paycheck for the wrong kind of smile. If an employee is outright hostile, that’s one thing. But if you let your employees behave like people, rather than doing their best impression of smiling zombies from one of those scary shiny white dystopia movies, I guarantee what you lose from the five ex-customers who actually liked the Stepford smile will be more than made up for in happier workers and higher work quality.

Be good to your people. It’s only polite.

In this article:kindness, Politeness, The News

Grace: The answer to improving mental health in unprecedented times

(EDITORIAL) Part of our brains are pondering how to emerge from a pandemic while the other part is worried about WW3. Give yourself (and... 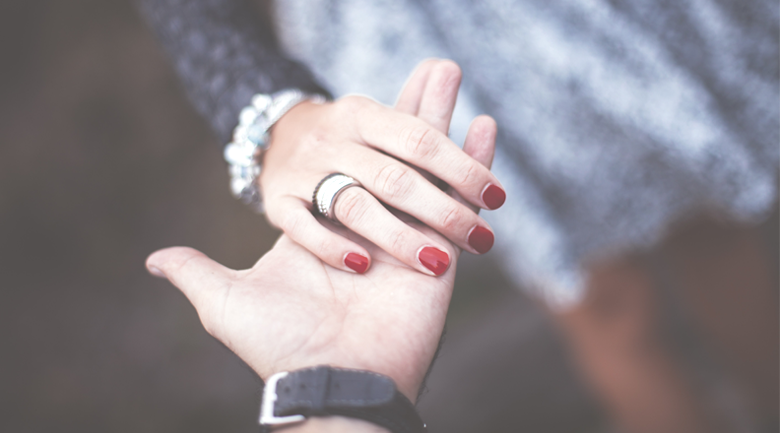 The true value of generosity (a personal story)

The simple truth of a moment of kindness. Generosity is not always money donations and big actions, and sometimes quiet, genuine moments can have...

Agents, legends in their own minds…

Photo Credit You’re Fulfilling the Stereotype Last week I was at the NAR Convention in Orlando. I had the great opportunity to meet many...