Tales of Mirth, Tales of Glee
Spin Your Tales, Oh Bards of RE
🙂

There we were, mesmerized by the sound of the stream, gazing through the trees at nature’s wonder on a beautiful winter morn. The full length screened porch overlooked this idyllic setting, and I believe the would-be vacation homeowners were imagining many future summers there. It was one of those moments when I had a pretty good feeling we’d found ‘the house’. All was quiet except for the sound of the water and the pitter-patter of little feet on the deck and in the house.

We turned to head in take one last pass through the charming cabin, I reached for the door and realized…it’s LOCKED! Two year old child running around inside the house, four year old exploring outside on the deck, and we three grown-ups trapped on the porch. <GULP>

Going through my mind at that moment:

Oh wait. There’s an outside door too. Whew. Never mind.

I know there are a million stories out there about close calls, funny/interesting/scary anecdotes, and other real estate legends. C’mon, share them in the comments! 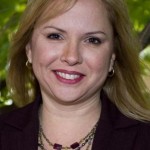 Lisa sells residential real estate in the Pocono Mountains of Northeastern PA, and authors The Poconos Real Estate Blog. Being a strong believer in community participation, she currently serves as President of a 1700 home Property Owners' Association and Secretary of the Board of the local REALTOR Association for 2009. Her most challenging and fulfilling role, though, is that of Mom to two teenage girls, and her main hope for them is that they learn to appreciate the abundant joys of a life lived with a positive attitude. You can connect with Lisa on Twitter, Facebook and/or LinkedIn.