C’mon – tell the truth – you’ve seen many agents who present such a bad image you know even their own parole officers wouldn’t hire them.  Today at an open house I saw an agent (with his client) who was decked out in shorts and flip flops. By contrast, at the same open house there was an agent in a very tasteful skirt. However, the agent’s name was Steven. Okay, I made up the last one, but you get my point. Thus, I have decided to create a mini film treatment for your consideration based on these characters. I will be accepting submissions of resumes for those who wish to play the lead roles. Please remove all coffee stains from photos before submitting.

As the sun lifts its sleepy head over the Los Angeles skyline, Vivian enters Motley Real Estate, her equally sleepy head balancing an enormous straw hat designed to cover her unwashed hair. Grabbing a cup of java, she makes her way to her desk as Tommy watches from across the room, enjoying her entrance. Vivian’s tight skirt screams in pain as Vivian sits, and her ample bosom tries to escape the confines of the extremely low-cut sweater she is almost wearing.  “Wow,” Tommy sighs as he pokes one finger through the hole in the knee of his jeans, “those mountains deserve their own zip code.” As he is visualizes skiing those Black Diamond slopes, Vivian wipes coffee off her listing sheets and shoves them into her purse.

In the chair next to him, Hilda grins as she watches Tommy watching Vivian. “She’s dressed up for a listing appointment,” Hilda informs him as she stirs her coffee with her long acrylic nail. When she withdraws her finger from the hot liquid, Hilda notices that the nail has melted into a perfect question mark.  It now matches the other nails. The lovely hue of her talons reminds her of lemon tarts. In fact, she thinks, I may even have some lemon tart still hiding under one of them.

Tommy, still observing Vivian, sighs again. “Oh, I thought she was just returning from her date last night,” he responds. “You know, Hilda, I have a listing appointment today myself.”

“Great,” Hilda says with her usual enthusiasm. “The spiky hair and all those chains you have on really do make you look cool. Are you meeting a musician?”

“No,” Tommy grins, “this is a big fish from a stock brokerage in Beverly Hills. My dad referred him to me. That’s why I dressed up.”

“Well I’m sure he’ll love that Snoop Dogg Tee shirt, Tommy,” she says while wetting one finger and rubbing some dirt off the heel of her worn hooker pumps. “Be sure to ask Mel over there for some pointers – he deals with a lot of executive types.”

Hilda is using a magic marker to polish the toe of her shoe when Mel slides his chair across the floor, going zero to twenty in 10 seconds at the thought of sucking up a little attention. He lands squarely at her side. When his chair stops rolling, he touches his heavily sprayed coif to make sure every hair is still in place, pulls his powder blue trouser leg down over his pink sock, then adjusts his mauve jacket. A clump of rogue chest hair peeks over his top button like a rabid Pekingese. “Ohhhh,” smiles Hilda at the whiff of his pungent cologne.

“Hey, man” Tommy grins, “that spray-on tan of yours sure warms up the whole office like a nuclear reactor. I like that hint of orange that you’ve been turning lately.”

“Thanks, son,” Mel oozes, “I’m cooler than the Dogg, that’s fo shizl. I heard Hilda mention that you needed some pointers with the executive types. The best advice I can give you is to wear a jacket, kid. I have a plaid one in my Vette if you want to borrow one. And get yourself some reptile shoes.”

And Along Comes Harry

Overhearing this, lanky Harry Houston stops while passing by. He shakes what’s left of yesterday’s lunch out of his long dreads and props himself onto the edge of Tommy’s desk. “If you really want to get business man,” he says while weighing in on the subject, “ask Georgia what her secret is. She closed four deals this week.”

“You sure know a lot about the office for a janitor,” Tommy replies in admiration, backing off from the smoke-and-cigarette cloud that clings to Harry like a second skin.

“I’m an agent, Porcupine Head,’” Harry corrects him while cleaning his cigarette stained nails with the tip of a pair of scissors. He sways gently as if imagining the ocean breeze in his hair. The heels of his boots are worn down so well that he is able to rock back in forth like a Weeble and still remain standing – always an advantage for Harry, who tends to nap on his feet a lot.

Shoving a pencil between his spiked locks, Tommy scratches his head and shoots Harry a puzzled look. “Oh, sorry about the misunderstanding, Dude,” he mumbles. “Are you referring to that Georgia over there?  She closed four deals this week? But isn’t she our cleaning woman???”

“…Oops, my bad.” Tommy says with chagrin. “Hey, Georgia,” he calls out to her, “what’s your secret for success?”

Georgia rambles over, stopping occasionally to yank up her pantyhose, which are migrating South like a flock of geese. “Oh, I just know how to handle myself,” she brags, “and I pay close attention to details, Toby.”  (Tommy doesn’t correct her on his name, bowing to her seniority. In fact, he momentarily even considers changing his name out of respect.)

“Well, I plan to learn from the best, Georgia,” he explains.

“Well, then pay attention, kid,” Georgia growls, a bit perturbed that Tommy’s attention has already drifted. In fact, the entire group has suddenly been rendered speechless by:

A Cloud of Candi

There is shock and awe at the sight of Candi, the new agent with the dark roots and the platinum mane. Her back side is definitely a distraction to the entire group as she bends over in her napkin-size skirt to retrieve her eye pencil. As her skirt hikes up and momentarily becomes a belt, they all cock their heads to one side to get the wide lens view of Candi’s candy. Suddenly Candi uprights herself, looks around, and then slaps herself loudly on the forehead. “Oops,” she giggles, “I think I’m in the wrong office. I’m with the real estate company down the hall!” She sashays toward the door, bounces off the door frame, and loses a few more IQ points in the collision. As she makes her spectacular exit, her Poppin Fresh giggles trail behind her behind.

After a few silent minutes, they all shake off their shock and drift back into the conversation. Well, all except Harry, who is now asleep while swaying in his rockabye boots. Vivian slithers over, her hat shading her eyes and her hips shading the rest of the office.

“So who is your clientele, and why are you able to close so many deals, Georgia?” Vivian presses. They all lean in closer to hear her response, knowing that she has a secret that somehow eludes the rest of them. What is it? How can they also have the secret to cultivating great client relationships? How do they make the same impression on people that Georgia does?

Georgia leans back in her chair and props her thick ankles on the desk, her feet protruding over the sides of her shoes like two over-baked popovers. When she raises her arms to beckon forth her followers, the stains that line the armpits of her blouse form a juicy smile. She whispers dramatically as she imparts her secrets for a winning career: “As you have probably noticed, I am the the queen of dressing for success.”

Silence. Then: “Ahhhhh,” they exhale in unison. Georgia nods her head and shoots them all a supercilious grin. “I was taught by my father who was a very dapper business man.”

“Was he an agent also?” Tommy inquires, taking notes on a napkin.

“Hardly!” she sniffs, pausing for drama. Then, as if giving a benediction, she delivers the secret: “He ran a clown college.”  She waits for the effect. The group, one by one, absorbs the information with slack jaws and nods, unified in their appreciation of her sartorial heritage. Georgia then stands imperiously, her slip winking at them from below her hemline, and gives them all a Queen Elizabeth wave. “Now if you’ll excuse me, I must be on my way,” she apologizes, “I need to tend to my client base. They adore me and they love my sense of style.”

“Are they clowns, too?” Tommy asks.

“No, Toby, it’s the Square-Dancing Society of Bakersfield.”

A reverential silence then: Loud applause breaks out as she exits, one broken heal clickety, clack clacking as if to salute her splendor. Several agents wipe tears from their eyes.

After a beat, Vivian jumps into Tommy’s arms and throws her hat in the air. (Cue the theme from “Officer and a Gentleman.”) And then…

Casting Director’s Note: Any similarities to real persons is accidental. Yeah, fat chance. If you feel you are exactly right for any of these roles – and some of you KNOW you are – please turn in your R.E. license before auditioning. And keep your dirty shoes off my casting couch!

In this article:Opinion Editorials, RE Moments, Real Estate, Realtors 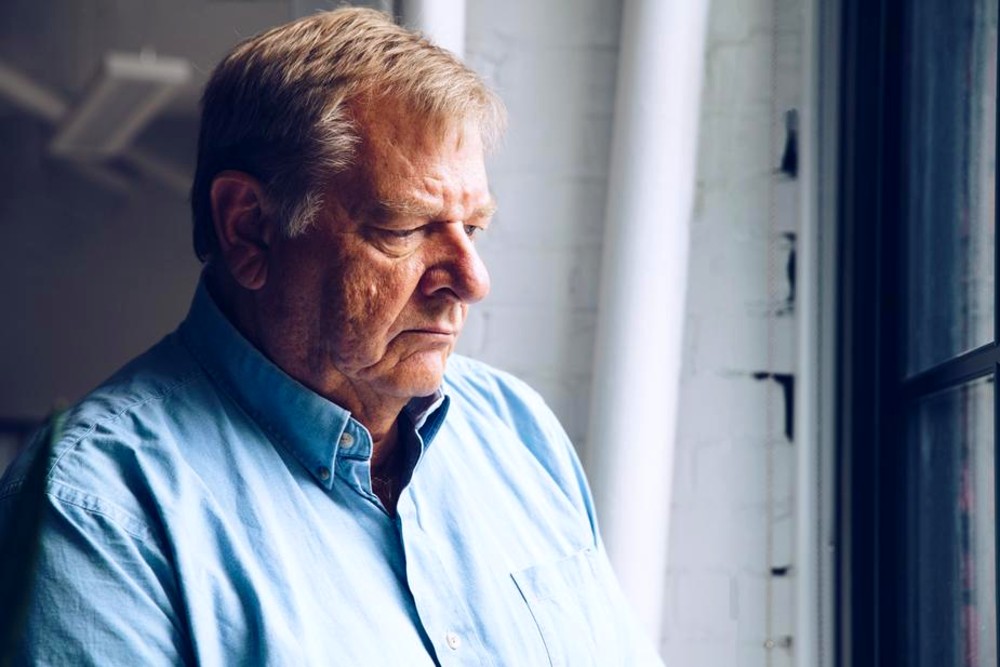 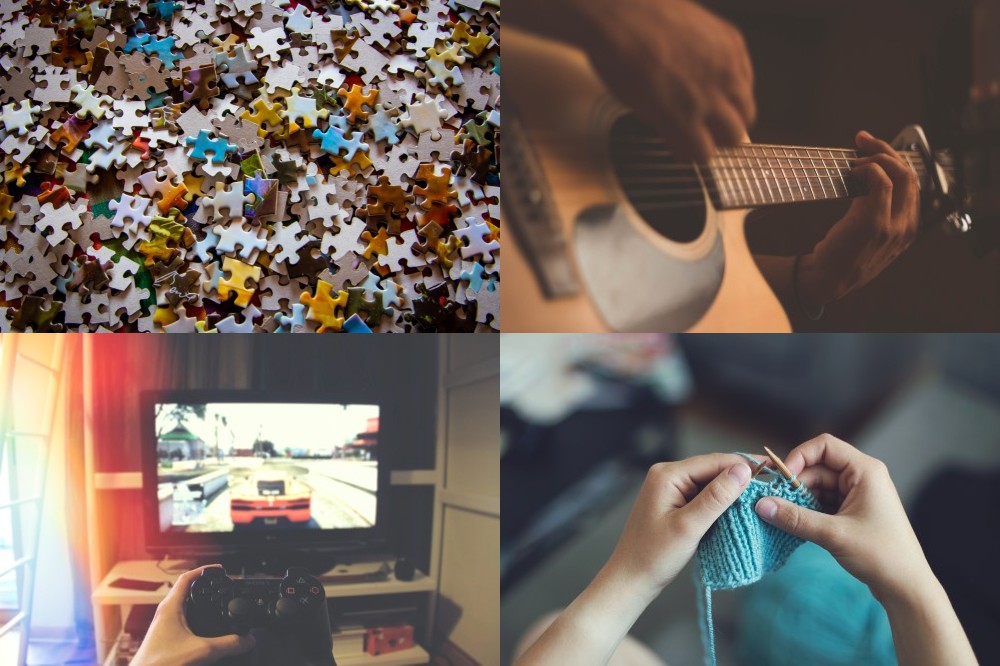