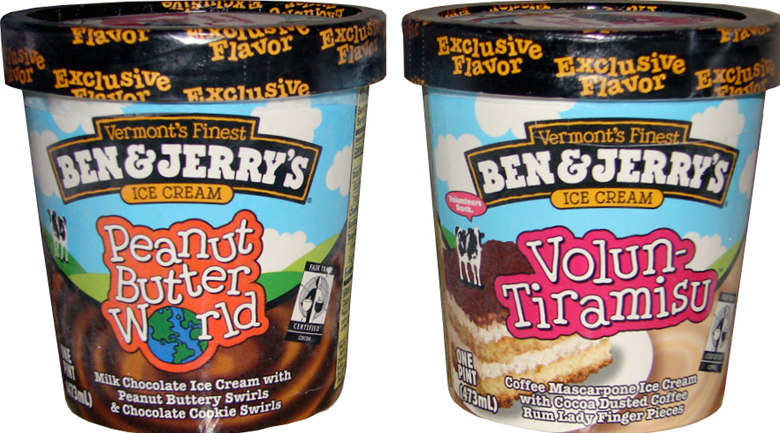 There are many successful businessmen and women that are your professional predecessors. Some of their successes were all very ordinary, traditional, and expected. However, not all of famous business owners kept to the path they originally had in mind. In fact, you might be surprised and even inspired by some business owners’ humble beginnings, difficult paths, and perhaps strange professional decisions.

Take the company Ben & Jerry’s as the perfect example. Their original aspirations were to own a bagel shop, not an ice cream shop. But sometimes, things don’t always go the way we envisioned. Ben and Jerry learned that lesson well.

According to TodayIFoundOut.com, “Ben Cohen and Jerry Greenfield ended up changing their minds when they found out how much it would cost to get all the needed equipment for making bagels. Instead, in 1978, they both took a $5 correspondence course from Pennsylvania State University on ice cream making. They then took $12,000, $4,000 of which was borrowed, and converted an old gas station in Burlington, Vermont into an ice cream parlor called Ben & Jerry’s Homemade. Before opening the ice cream shop, Jerry Greenfield was a lab technician, in New York, who tried three times to get into medical school, failing each time. Ben Cohen attended various colleges, eventually dropping out and settling on working as a crafts teacher for emotionally disturbed children in New York.”

Being open to new opportunities

So, why does any of this matter? What it should teach you is the importance of being open to new opportunities. While we may plan out our lives to perfection, it rarely follows the path that we so desperately paved. Benn and Jerry were rejected several times from educational programs and they knew they couldn’t afford to buy the necessary bagel-making equipment. Instead, they were open to new ideas, one of which was making ice cream. Because they didn’t quit when doors were consistently slammed in their faces, they created a successful business that has spanned decades, and is set to span many more.

As business professionals, sometimes our best experiences are the ones that are least expected, which could be a new job offer or the opportunity to work in a completely new industry. Instead of following your gut reaction of refusing the chance, take a moment to acknowledge why you want to turn it down. Is it for fear that you’ll have a lot to learn? Is it because you’re comfortable where you are professionally? These reasons aren’t good enough to ignore important and life-changing opportunities. Push yourself out of your comfort zone. Don’t hold firm to your visions of the future. Allow yourself those quiet moments of self-reflection and those quick and sometimes chaotic moments that will let you redefine yourself.

In this article:entrepreneur, leadership, small business