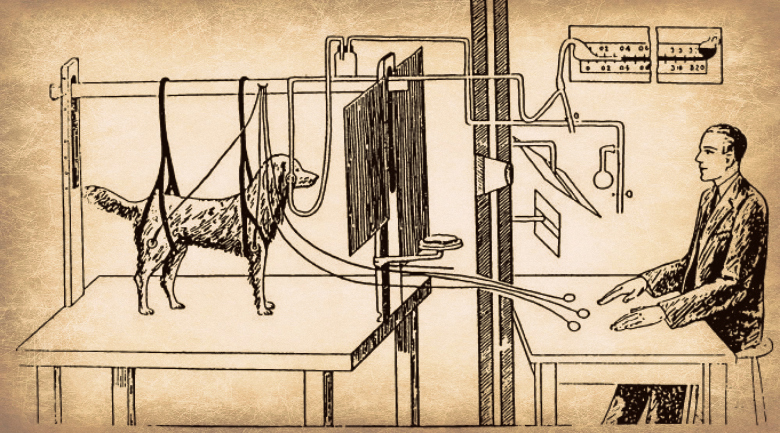 Pavlov, Pavlov… that rings a bell…

If you’ve ever taken a beginning psychology class, chances are you’ve heard of Pavlov, his experiments, and his dog. Pavlov conditioned his dog to salivate at the sound of a bell by feeding him a treat whenever he rang the bell and then by slowly taking away the treats and only ringing the bell. His dog associated the ringing of the bell with food.

As such, the dog’s mind and body eventually learned to react to the bell, even when there wasn’t a treat being offered. Believe it or not, Pavlov’s dog actually has a lot to do with your professional progress and achievement. Just as Pavlov’s dog was conditioned, you have been too.

In our modern professional world, most of us have been conditioned. Because of the current downturned economy and job market, you may have been turned down for job promotions time and time again. Other professionals who perhaps are over-qualified are landing the jobs that you are qualified for, the jobs that could take your career to the next level.

If it happens enough to you, you learn to stop asking or applying for a promotion or a new position. You make up your mind that you’re not meant to move forward, that you’re stuck right where you are, and you’d better be happy about it. Just as Pavlov proved with his dog and his many experiments, conditioning is a natural part of life through learned experiences. But it’s time to break through that mindset and not let it hold you back anymore.

Before you can move forward professionally, you’ll have to learn how to decondition your brain, undo all the negative learned behavior. The only way to do that is to fight against your mental constraints. That means apply for that position or promotion you’ve been daydreaming about. It may not be easy and you’ll be afraid of rejection, again, but it’s a necessary part of the process. Every time you push against that conditioning, you’ll become more confident in yourself, your abilities, and your potential.

Don’t let this define your career

Even as you move forward, you still may meet rejection. But don’t let this define who you are as a professional. See it as it is—an isolated, individual event. Being rejected doesn’t mean you’re not good enough and that you have to settle in your career goals. What it’s really about is progress and improving yourself.

If you feel you’re underappreciated at your current job, find another. Go where you’re appreciated, and do what you love. Don’t let rejection create a learned behavior. Improve and strengthen yourself in spite of rejection. You no longer have to be conditioned into believing you’re stuck where you are. Push past that and achieve professional success.