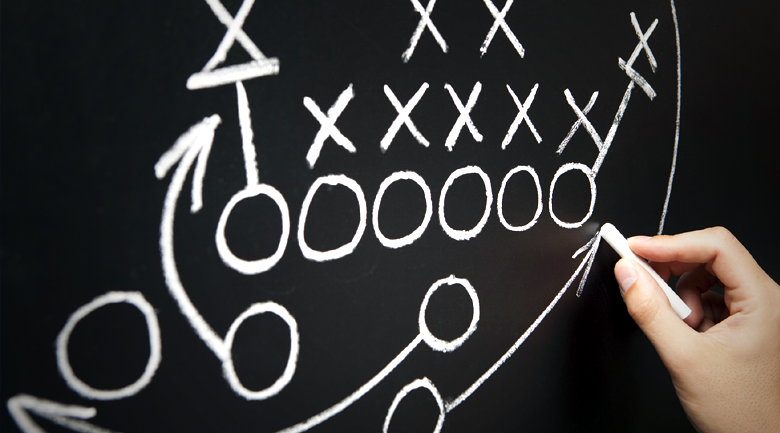 Pivoting is part of business, but…

Many companies, particularly startups, end up pivoting at some point, and it can be a distraction and done poorly can pull founders into chasing their tail trying to do what they think is best, only to be a wasted effort.

How do you know when your new company is pivoting too far, and how do you prevent this in the future? We tapped the wisdom of Dan Hogan, CEO of Nashville-based Medalogix, a predictive modeling platform for the healthcare industry.

“I know of precisely zero entrepreneurs who have built a company without pivoting,” Hogan asserts. “It’s because a living, breathing business is never exactly as it was imagined on the back of the napkin.”

In his own words below, Hogan offers advice for startups to help each from pivoting too far:

Pivoting is an essential part of every successful business’s timeline. While some company founders completely about-face their on-paper idea after activating it, others make 45 or 90-degree conceptual adjustments after launching and throughout development.

One of the most legendary pivot examples is multi-billion dollar social media giant, Twitter. The company was originally called Odeo and operated as a resource for researching and downloading podcasts. As it turned out, Odeo was a great idea—so great that a little company called iTunes (you may have heard of it) was concurrently developing their own podcast marketplace.

Not interested in competing with iTunes, and wanting their own unmapped territory, company execs pivoted Odeo to Twitter, a social micro-blogging network that’s valued at more than $30 billion today.

Starbucks’ pivot was minor but relevant

While Twitter epitomizes a 180-degree swivel, Starbucks exemplifies a minor pivot. The coffeehouse company on every corner started as an espresso machine and coffee bean retailer.

The company’s director of marketing at the time (CEO currently) visited Europe, experienced their coffeehouse culture and was convinced that Starbucks could capitalize on European-style espresso beverages. He eventually bought Starbucks and shifted the original concept into what it is today.

Pivoting is the fuel for success

Pivots are necessary and ubiquitous because it’s impossible to account for all your intended industry’s variables during conceptual development. Only once you take the leap from planning to action the market will define for you aspects of your business that hadn’t occurred to you to consider and plan for.

Further, only through flexibility and adaptation can a company survive long term. Company execs must be open and ready to shift to stay relevant in today’s ever-changing market landscape.

Embrace the shift: As I mentioned, many of the most successful companies sustained major pivots. Don’t let fear or ego get in the way of making a change.

And my own story

My current company actually started as a high-risk medication identification technology. Although from my healthcare experience and vantage point it was a good idea, when I presented the concept to a potential client, she laughed at me and told me it was a terrible idea.

While it was tough to hear, I ended up taking her advice and experience into consideration and pivoted to something she said would be valuable—a technology that used analytics to identify patients at risk of hospital readmission. It worked out. Although it was tough to admit my original idea was flawed, and even tougher to conceptualize a new business, I’m glad I did.

Big pivots are stressful to a company. Your company can best endure a big transition in its early stages while it’s still lean and agile. Once a company matures, continual minor pivots are essential to ensure you’re responding to evolving consumer and industry trends.

Blockbuster failed to keep a pulse on consumers’ changing habits and as result, tanked. By failing to continually make minor pivots, the movie rental empire was too out of touch and too late to regroup and sustain a major pivot—other innovators like Netflix had already successfully answered the market’s new requests.

In my case, my company’s minor pivots have come in the form of new products. Our first product, which I mentioned earlier, was a readmission reduction predictive modeling technology. This was especially relevant to the healthcare industry in 2008 when we launched, because the Affordable Care Act prioritized readmission reduction.

Fast forward to 2013, care providers in our space were looking for new ways to better identify patients who would benefit from hospice care. As an answer to patients and our clients’ new needs, we expanded and developed a hospice identification predictive technology.

And now, what you must do

Run a democracy. When Odeo leaders decided they didn’t want to compete with iTunes, they asked their team to submit pivot ideas. From the group’s feedback, Twitter was born in two weeks.

Your team members read industry news, communicate with clients and understand gaps in your current product or service. You hired your team members because they’re smart, capable and innovative. Ask for their feedback and put it into action as you work to consistently evolve and improve your company.

In this article:entrepreneur, pivot, startups