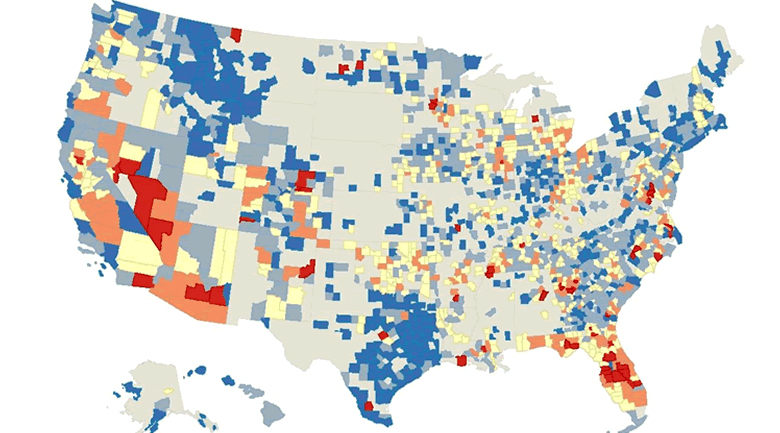 Millions of homeowners back in the black

According to CoreLogic, 2.5 million more residential properties returned to a state of positive equity in the second quarter of the year, leaving 7.1 million homes in negative equity territory, down from 9.6 million in the first quarter of 2013.

While millions of homeowners returning to positive equity is good news, they’re not out of hot water yet – of the 41.5 million residential properties with positive equity, 10.3 million have less than 20 percent equity. In this state, a loan is considered “under-equitied,” and with tightened lending conditions, new financing is difficult to obtain.

Properties that are near negative equity are at risk should home prices fall.

The pace will slow

“Equity rebuilding continued in the second quarter of this year as the share of underwater mortgaged homes fell to 14.5 percent,” said Dr. Mark Fleming, chief economist for CoreLogic. “In just the first half of 2013 almost three and a half million homeowners have returned to positive equity, but the pace of improvement will likely slow as price appreciation moderates in the second half.”

“Price appreciation obviously had a positive impact on home equity over the first half of 2013, especially the second quarter,” said Anand Nallathambi, president and CEO of CoreLogic. “Despite the substantial decrease in negative equity, there’s more ground left to gain with the 7.1 million U.S. residences that remain underwater.”

52% of homeowners plan a home improvement this fall