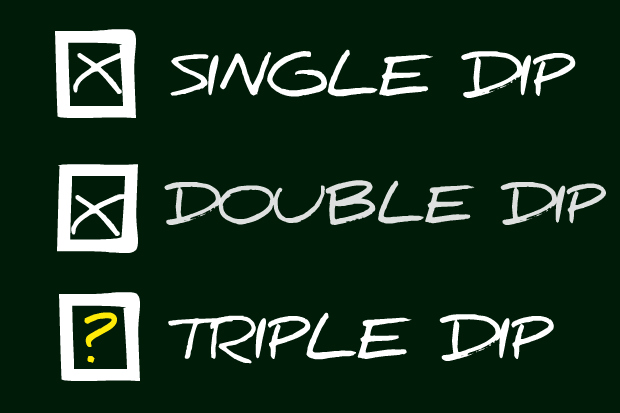 According to financial analytics company Fiserv, home prices have not quite hit bottom yet and they expect them to fall another 3.6 percent by June 2012 which would put them at 35 percent below the 2006 peak, marking a new low and a triple dip in home values.

In 2011, we have reported that despite NAR and other entities saying that we are not in a double dip, there are nearly a dozen economic indicators to prove otherwise. Home prices broke records this summer and we showed you evidence of a double dip this spring, most notably this chart:

What will ultimately hold back the housing market

Some try to note the double dip isn’t real while others (like Fiserv) are predicting we will hit a third dip prior to recovery. High unemployment remains a problem and consumers and in a recent study, half of all consumers polled indicated that saving up for a down payment was the most serious financial obstacle blocking their home purchase while a third noted that not having a stable job was prohibiting their homeownership.

This will continue to be a problem along with rising foreclosures and the shadow inventory of bank owned homes that haven’t made it through the foreclosure process yet, as many banks have frozen parts of their foreclosure processing voluntarily or as ordered by the state and have laid off staff which has, in essence, kinked the hose which will eventually open back up.

Foreclosures and unemployment continue to plague housing, and if Fiserv is right about a continued slide in home values, we’re looking at the third dip since the market crashed.