Simon Properties Group Inc. based in Indianapolis and already the nation’s largest shopping-mall owner, made a $10 billion bid to acquire rival General Growth Properties Inc., which is seeking to emerge from bankruptcy proceedings, in a takeover effort that could alter the retail landscape in hundreds of American communities.  If the bid is successful Simon would own 550 malls in the U.S. or approximately one third of the market, and control half of the countries best performing malls in terms of sales.

The Simon offer was met with a friendly No Thank You from CEO Adam Metz of General Growth Properties stating yesterday via a carefully worded letter, that the Simon bid was ”not sufficient to preempt the process we are undertaking to explore all avenues to emerge from Chapter 11.”

Shares in General Growth rallied almost 28 percent Tuesday, to $12.02, above the Simon offer valued at about $9 per share, as investors anticipated a higher offer. The shares had fallen as low as 32 cents.  Investors and shareholder think the share may be worth as much as $24 per share.

In this article:commercial real estate 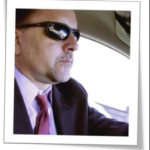 Broker/Owner in Lafayette, IN, whose passion is Commercial Real Estate with focus on Technology, Social Media, and Networking.