Last week’s post about imagining a world without Government, er, interference in our lives got me to thinking a little. I try to avoid thought as much as possible (as my detractors will cleanly attest) but something in one of the comments caught my attention.  To wit:

AG could and should be discussing rather more specific real-estate related issues: home buyer tax credits, mortgage deductions, regulation of the mortgage industry, state licensing schemes, and so on.

After I got past the pure irony of that statement placed at the end of a longish tirade against Government involvement in our lives, I began to wonder what the real estate profession would be like without any Government oversight whatsoever.  After all, real estate is a meritocracy anyway.  Hard work combined with persistence and a little (very little) competence can propel you to the top of the field — lots of money and a measure of fame.

Why do we need that pesky Government, either Federal, State or local, to regulate an industry that is so obviously successful at self policing through our Code of Ethics (assuming membership in the NAR) and local Realtor Association procedures?

We  all know Realtors who have a large slice of the market pie in our little geographic place in the country. We also know that these Realtors, in many cases (not all), have a reputation for being, well, less than totally ethical.  Perhaps they may have even broken a law or two. Perhaps compliance with local MLS rules leaves something to be desired. You may have seen their name on your State’s Real Estate Commission’s Bad Boy/Bad Girl List.  Yet, their livelihood remains secure and their behavior continues unabated.

So, even with all this regulation in place, there are those for whom the rules do not apply.  Why bother?  Just dump the Government interference and regulation and let the Wild West be the Wild West.  Oh, and get rid of those transfer and recordation fess while you’re at it.

NAR did not support or oppose the legislation that was passed in the House.

HUD Secretary Donovan on the Importance of Broadband to Housing 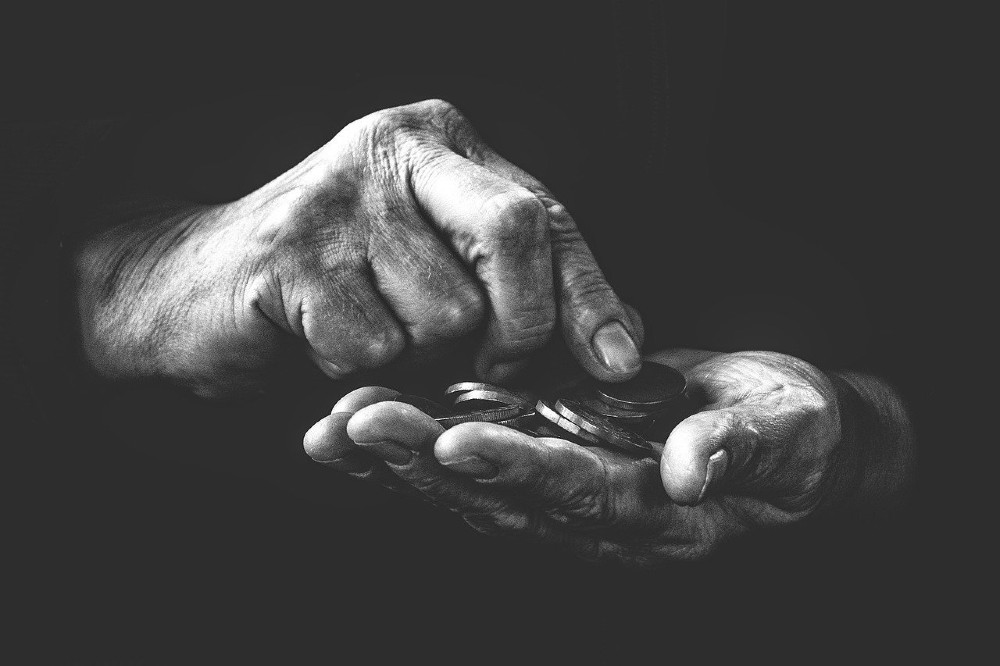 46 million Americans have filed for unemployment in 2020 as a result of the current pandemic.

In April 2020, the United States saw its highest unemployment rate, at 14.9 percent, since 1933’s Great Depression. 46 million Americans lost their jobs and were forced to file unemployment claims after closures of workplaces were deemed necessary by government officials in response to Covid-19. Since mid-March, 2.7 million, a staggering 13 percent of its population, filed for unemployment in Texas. In hopes of preventing what would have been a devastating economic crisis, federal representatives created a relief package to aid states in taking care of its citizens. Now, states like Texas are demanding that 46,000 unemployment claimants give back any overpaid money they received.

Yes. You read that right.

Texas overpaid its citizens by $32 Million.

I hate to break it to you Texas, but that sounds like a YOU problem. It’s one thing to demand a refund of money given if the unemployment claimant falsified claim information, it’s another thing to request overpaid money from someone who, now dependent on the government, had no idea they were receiving any extra cash. One could however, argue that between the $600 per week given as a result of the Pandemic Emergency Unemployment Compensation passed under the CARES Act, in addition to regular benefits received, many Americans were and still are receiving well over their normal paycheck. This may be true, but for many others, unemployment benefits do not match their normal paycheck. Even so, stay at home mandates and closures of stores, parks, gyms and schools lead to unplanned spending!

A pack of 50 face masks cost $30 on Amazon compared to the normal $8. School closures obligated parents to stock up on school supplies, have food for lunch in the house, buy art, music and outside activity supplies. As many employers have lost the ability to provide health insurance for unemployed workers, a quick trip to the Emergency room will cost you an arm and a leg.

This is not to say that it doesn’t suck for Texas that they overpaid on benefits, but, it’s also not most of those claimants faults. Chances are, any extra money is long gone and to expect people to come up with money they never knew they would owe back…is rude, quite frankly! Doing so also defeats the purpose of unemployment benefits in the first place, which is to help keep afloat those who lost their jobs through no fault of their own.

(POLITICS) The Trump administration wants people off the unemployment $600 per week, and they want people getting back to work with a $450 per week bonus. 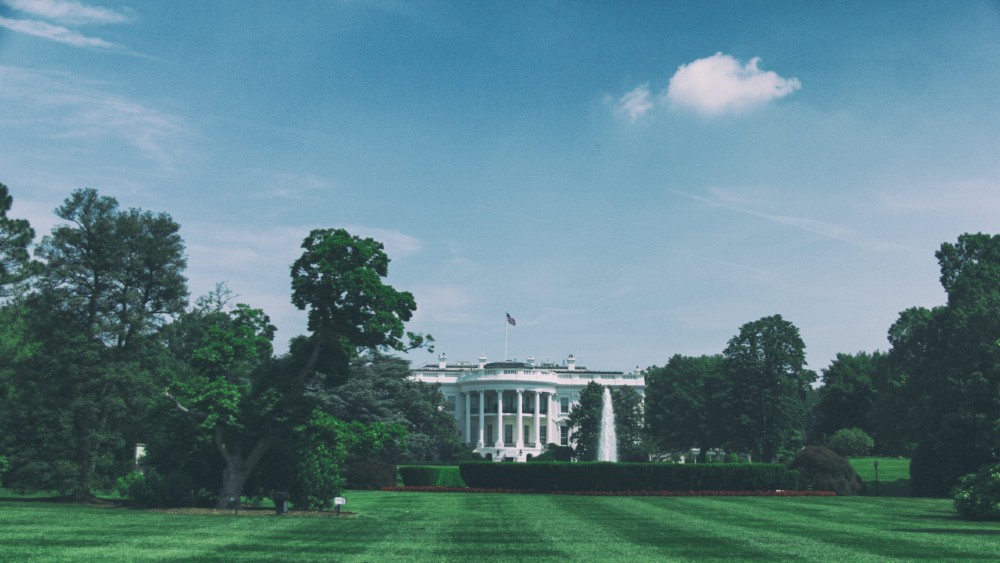 In an update to our previous story on the next piece of proposed stimulus legislation, the White House is looking at options for a return-to-work bonus, making clear their preference for incentivizing reopening the economy rather than extending unemployment benefits for the time being.

CNBC reports that the Trump administration has, according to Larry Kudlow, voiced their disapproval of the proposed extension of the extra $600 per week for families on unemployment, opting instead for a smaller temporary weekly sum for people returning to work.

To recap, the current bonus of $600 per week for those on unemployment is scheduled to expire after July 31st, but the HEROES Act from House Democrats proposed extending it through the end of the year; the notion attracted criticism for several reasons, the most notable of which included waning unemployment numbers and some viewing the idea as an incentive to continue collecting unemployment rather than actually stimulating the economy.

An ancillary proposition to decrease the amount of extra aid per week incrementally as unemployment numbers fall was mentioned, but the Trump administration appears to stand firm on their counterproposal involving the aforementioned return-to-work bonus.

It’s not unreasonable for this administration to want to incentivize those who are reluctant to return to work, especially when unemployment numbers in the last few months have been the highest since the Great Depression; in any event, it seems that, whether or not the HEROES Act passes, folks on unemployment will most likely stop receiving that extra $600 per week at the end of this July.

We recognize that a little over a month isn’t a supremely generous amount of time with which to prepare for a sharp cut in income, and there are only a few things you can actively do to ensure that you’re adequately prepared for the proposed incentive.

Firstly, if you’re furloughed for now, there isn’t much you can do other than wait for your place of occupation to open; however, if you were laid off, actively seeking a job opening in your field–or any field, at this point–will be enough for you to qualify for the bonus.

More importantly, however, is that you start looking at how the lack of funding will impact you in the short-term. Remember, 63 percent of Americans on unemployment were actually making more money with the bonus $600 per week than they were while working, so while the impact of losing that bonus come August won’t be negligible, hopefully unemployment is enough to cover the necessities.

Unfortunately, aside from “go back to work”, there isn’t a whole lot to do besides hurry up and wait. We’ll know more about this round of proposed stimulus activity in the coming weeks.

Why DID Gorsuch uphold Title VII for the LGBTQ+ community? 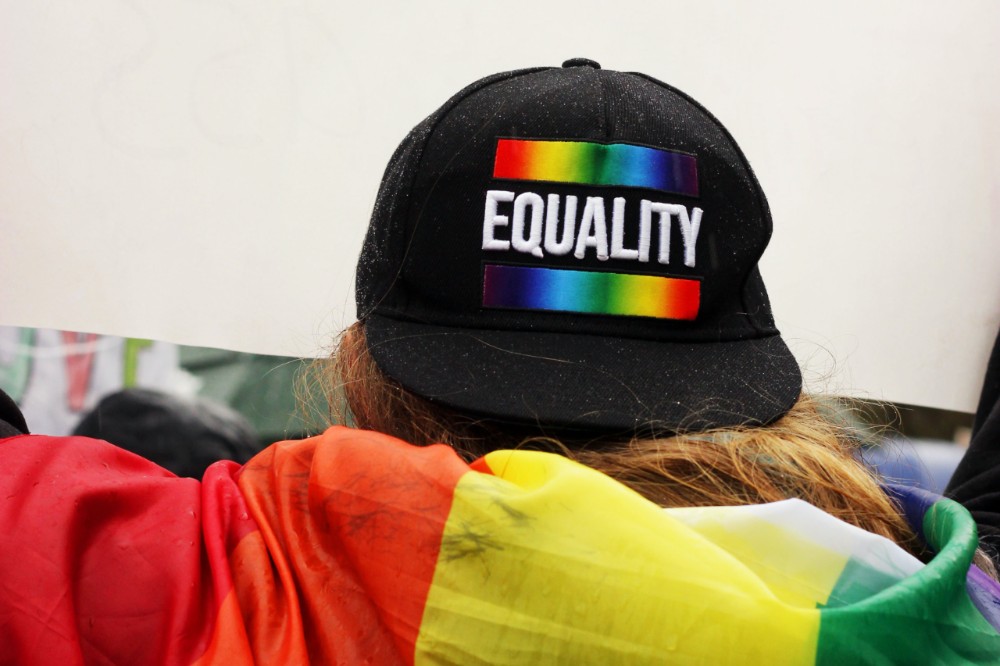 I have to admit that my liberal proclivities were offended when Neil Gorsuch was confirmed to the Supreme Court. But the notoriously conservative Justice has followed his professional training to hand down a clear, concise, and logical landmark decision this week in Bostock v. Clayton County. The 6-3 ruling is a major win for the LGBTQIA++ community. Gorsuch is an unexpected champion of the landmark case as the author or the majority opinion.

The case concerned instances of employment discrimination based on sexual orientation and sex identity. In Bostock v. Clayton County, Gerald Bostock asserted he was fired for expressing interest in a gay softball league. The case called into question whether sexual orientation was a protected classification under Title VII of the Civil Rights Act of 1964.

The Eleventh Circuit – which hears cases for districts in Alabama, Georgia, and Florida – had relied on a precedent that sexual orientation is not protected by Title VII. The Civil Rights Act of 1964 prohibits an employer from discriminating against an employee, “because of such individual’s race, color, religion, sex, or national origin.”

Gorsuch’s opinion relies on “textualism,” which is the interpretation of the law based strictly on the written language of a law. This approach to the justice system does not consider the original intentions of the law’s authors, therefore rendering irrelevant whether or not the authors intended to exclude sexual orientation from the list of protected traits. Based on the language of Title VII, the opinion is clear:

“In Title VII, Congress outlawed discrimination in the workplace on the basis of race, color, religion, sex, or national origin. Today, we must decide whether an employer can fire someone simply for being homosexual or transgender. The answer is clear. An employer who fires an individual for being homosexual or transgender fires that person for traits or actions it would not have questioned in members of a different sex. Sex plays a necessary and undisguisable role in the decision, exactly what Title VII forbids.”

“Consider, for example, an employer with two employees, both of whom are attracted to men. The two individuals are, to the employer’s mind, materially identical in all respects, except that one is a man and the other a woman. If the employer fires the male employee for no reason other than the fact he is attracted to men, the employer discriminates against him for traits or actions it tolerates in his female colleague.”

A clear example of discrimination on the basis of sex. RBG must be proud.