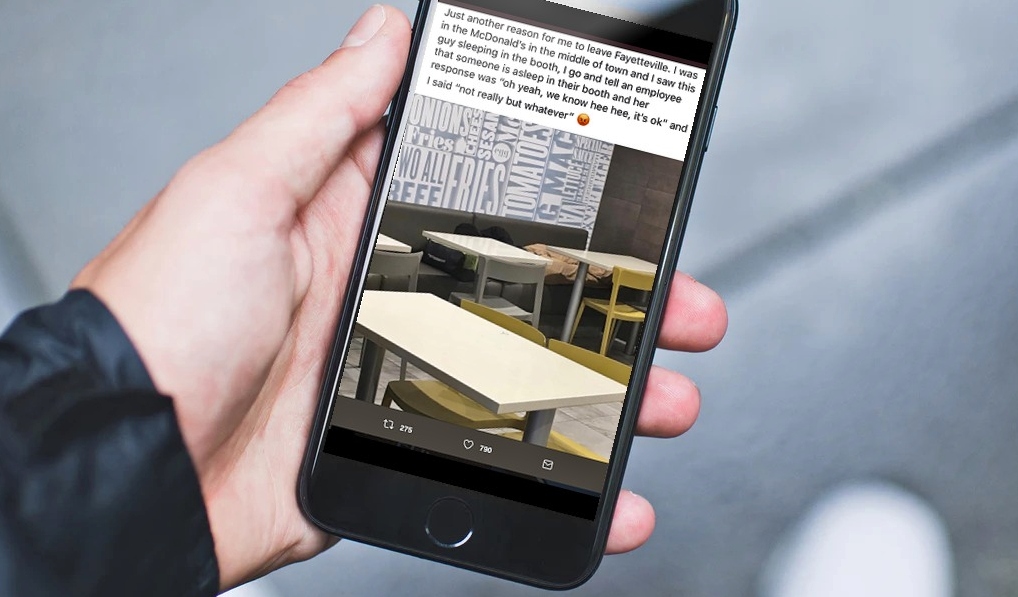 Social media originated as a form of communication to stay in touch with people that you don’t see every day. From there, it blossomed into a community of idea-sharing and a source for news.

As social media grew more popular, the dark side began to rear its ugly head and people began using it as a method of attacking people from behind their keyboards. So much of social media has become negative that it’s hard to want to stay active.

Such was the case when a woman in Fayette County, Georgia shared a photo of a McDonald’s worker asleep in the booth. She posted the photo to social media in haste, in an attempt to shame the McDonald’s location for not doing anything about the employee’s behavior.

What she didn’t realize was that the employee – Simon Childs – was homeless and was simply resting between shifts.

The 21-year old father recently fell into hard times after his mother passed away, and found himself without a residence, but with a job at McDonald’s. When he found out about what the woman posted, Childs was disappointed by her actions.

“It kind of hurt to see my picture up there, you know,” he told WSB in Atlanta. “I thought it was something negative and nobody would care about it.”

The woman’s photo received a lot of attention on social media, but not in the way that she had intended. Local community members near Childs learned of his story and rejected the shaming. They began donating items to help with his child. Others donated hotel rooms, while a local restauranteur loaned Childs his car.

The nameless woman who posted the photo reportedly claims that she didn’t intend to shame Childs, especially since the image was only posted to a private group. However, we all know that it only takes one screenshot to make something “private” known to the whole entire world.

This shows us a few timeless lessons: Nothing on social media or the Internet is private, karma works in mysterious ways, and never make assumptions about anyone as you never know what is going on in their world.

That’s my morals and values lesson for the day. Class dismissed.