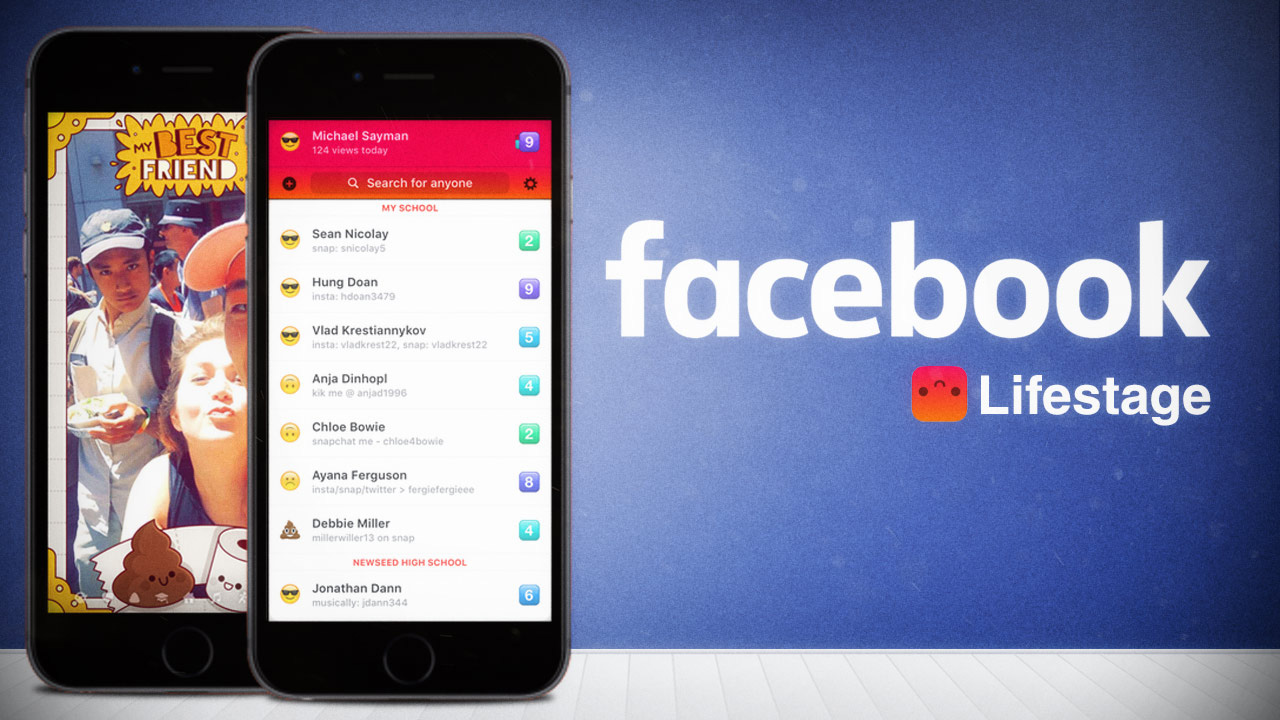 Time and time again, Facebook has attempted to compete with, or even outright copy, Snapchat.

As Facebook continues to lose their younger demographic to the popular app, they have tried various tactics to regain their user base.

One of their strategies included launching their Lifestage app, just a little under a year ago, which targeted high schoolers as a way to communicate with fellow students.

The app was created by Michael Sayman, a Facebook employee who joined the company when he was just out of high school himself.

Being of the same age, he thought that Lifestage could be Facebook’s answer to Snapchat.

Unfortunately for him and Facebook, the app did not reach their expectations. As of a few days ago, Facebook has officially removed Lifestage from their app store.

A spokesperson for the company seemed optimistic about the change. “We’ve learned a lot from Lifestage,” they stated, “…we will continue to incorporate these learnings into (our) main Facebook app.”

Not a bad idea

Initially when it launched, Lifestage was meant to be a place where high school students could communicate with friends from schools within the area. Through Lifestage, students could make profiles as well as record and share short videos.

Similar to Snapchat, users could also add filters and stickers to their video clips. Facebook launched the app one school at a time to test the waters.

They only needed to specify their school and create a profile. Once the app gained at least 20 users from one school, the students network would be opened up to communicate with nearby schools.

The creators of Lifestage hoped that this would enhance communication between students. They probably did not factor in that most students were already communicating through a variety of different apps, some even owned by Facebook.

For now Facebook will continue to focus on improving their app, and perhaps further borrowing from Snapchat to connect with the young demographic.

In this article:facebook, lifestage, The News