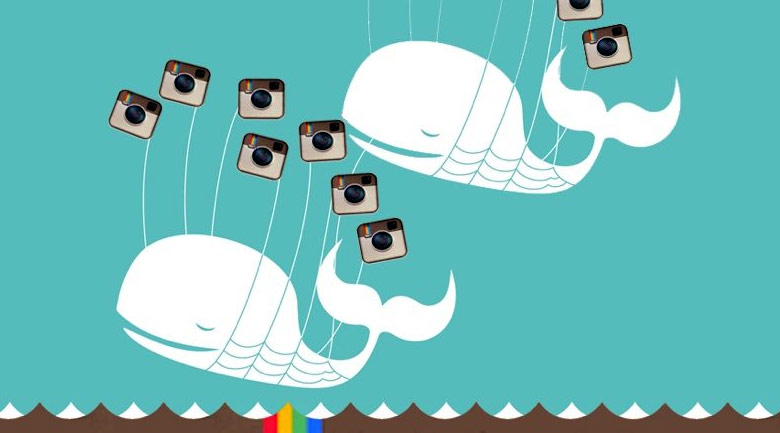 Once upon a time, brevity in status updates was all the rage as social media took off and Twitter piggybacked SMS technologies, limiting updates to 140 characters. Users invented words and acronyms to fit their ideas into a tiny space, and the vernacular online changed. Now, there is a shift toward the universal language of visual imagery. At AG, we have long documented the rise of the visual web as images take the place of the once coveted word format, but new data reveals that even social media giant, Twitter, is vulnerable to the rising preference for the easy to digest photos floating around the web.

Comscore reports that in August, Instagram had 7.3 million daily active users on mobile, while Twitter saw 6.9 million. This marks the first time that photo sharing app, Instagram, has surpassed Twitter, which is notable, as at the end of 2011, Instagram only had 16 million users. Instagram is part of the fuel of the visual web fire, but had they launched four years earlier, it is likely they would not have seen nearly the success as they do now, given that word reigned supreme before social media went mainstream and got into the hands of non-business users across the globe.

Additionally, in July, Semiocast reported that Twitter has over 500 million accounts, making it over five times the size of Instagram, and measuring active users as those who log in every day, Twitter enjoys 29 million daily active users compared to Instagram’s 22 million.

Despite the size difference and active user counts, a great deal of emphasis has been placed on mobile as social media is trending toward less and less desktop use and more mobile use, be it smartphone or tablet devices.

Take a closer look at the stats above. Did you notice that Twitter has millions of accounts but so few daily active users, while Instagram has managed to grow their daily users? There are two reasons for this. First, when Twitter launched, people considered it the Wild West and goldmined for any and all brand names they owned, and even went out of their way to sit on others’ names, adding a status update monthly to keep the account alive. Instagram, on the other hand, is associated with a single user, and it is unreasonable to open more than one Instagram account.