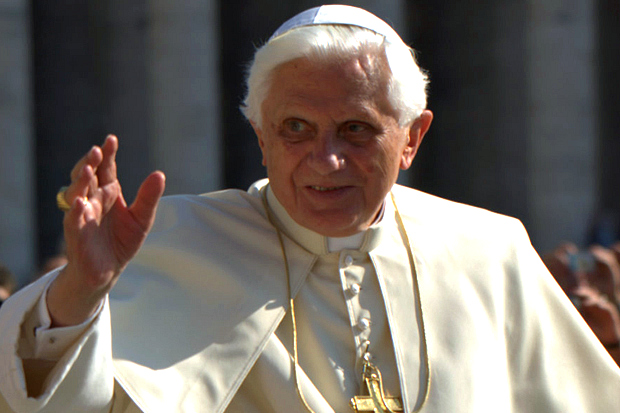 Message to the people: listen

Pope Benedict XVIth has released the text of his address to the 46th World Day of Social Communications on May 20th, choosing the theme of “Silence and Word: Path of Evangelization,” addressing social media directly which has some people surprised as many envision the Vatican to be unchanged since the 1700s.

“Silence is a precious commodity”

For his 2011 address, Pope Benedict asks the world to do more than talk, but asks people to practice silence as they listen. “The process of communication nowadays is largely fuelled by questions in search of answers,” The Pope notes.

He adds, “Search engines and social networks have become the starting point of communication for many people who are seeking advice, ideas, information and answers. In our time, the Internet is becoming ever more a forum for questions and answers – indeed, people today are frequently bombarded with answers to questions they have never asked and to needs of which they were unaware. If we are to recognize and focus upon the truly important questions, then silence is a precious commodity that enables us to exercise proper discernment in the face of the surcharge of stimuli and data that we receive.”

“In concise phrases, often no longer than a verse from the Bible, profound thoughts can be communicated, as long as those taking part in the conversation do not neglect to cultivate their own inner lives,” he said, clearly alluding to Twitter.

In 2009, we took a marketing publication to task for asserting that The Pope was essentially ignorant to social networks, which could not be further from the truth.

The Vatican has always embraced technology, dating back to pamphlet distribution at early onset of print publication, to the Vatican Radio station launch in 1931 all the way to modern web technologies. The Pope publicly said in 2006 that technology should be embraced to “spread the good news” and has had live broadcasts of his addresses for years. Since launching the Vatican YouTube channel in January of 2009, over 1,300 videos have been uploaded and Pope Benedict encourages others to use social media to network around common human interests, to support others and to do good works through social networking.

In January 2009, Pope Benedict said, “I am conscious of those who constitute the so-called digital generation and I would like to share with them, in particular, some ideas concerning the extraordinary potential of the new technologies, if they are used to promote human understanding and solidarity. These technologies are truly a gift to humanity and we must endeavour to ensure that the benefits they offer are put at the service of all human individuals and communities, especially those who are most disadvantaged and vulnerable.”

In this article:Pope, Social Media, Vatican