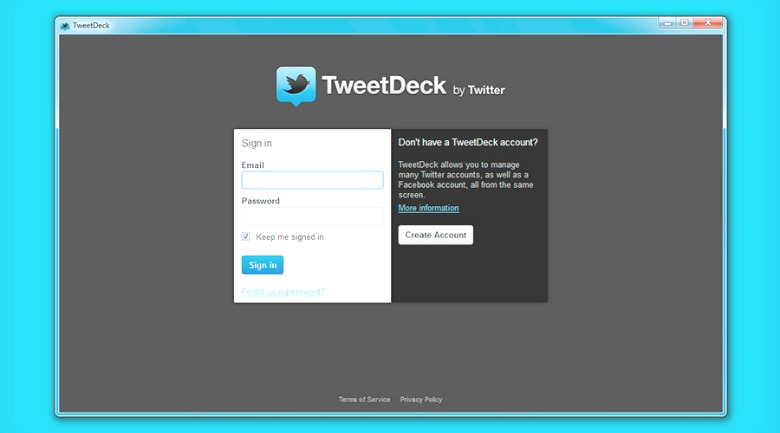 If you are a heavy Twitter user, chances are you’ve heard of and used TweetDeck. TweetDeck is a great dashboard application that lets you manage your Twitter account(s) like a pro. Unfortunately, if you’re a Windows user, Twitter has announced their intention to end support for TweetDeck Window app, beginning April 15th.

Read also: Has Twitter changed their mind about upping the character count?

This move will force PC users to rely on the web version instead of the standalone app they’ve become accustomed to. TweetDeck was intended for Twitter power users, allowing users to see and organize posts by mentions, notifications, and lists. With the elimination of the standalone Windows app, PC users will have to adapt to the not-as-viewer-friendly version on the web.

Why nix the standalone app?

They also stated they’d, “been working on infrastructure projects like [TweetDeck] to ensure we have a stable foundation to continue improving [it] in the future.” While Twitter is adamant nothing is changing about TweetDeck itself, merely how you access it; longtime TweetDeck fans will probably notice a few differences in the layout and organization.

According to Twitter’s blog post, users should be automatically logged into the TweetDeck Chrome and Mac apps as long as you’re on twitter.com or Twitter’s analytics page. This should allow for faster access to the new TweetDeck. Also, Twitter gave instructions on how to pin the web version of TweetDeck to your Windows taskbar, but this may not be as useful, especially if you’ve gotten used to the standalone app. For one, the readability in the web view isn’t the same as the standalone app, but it is better than losing the capability altogether. You may remember the iOS and Android app version were also nixed, so in a way, in makes sense for Twitter to end the Windows app as well.

Perhaps, by offering TweetDeck in one place, Twitter will be able to offer more relevant, timely, updates to the service. What do you think about Twitter’s decision to nix the Windows app?