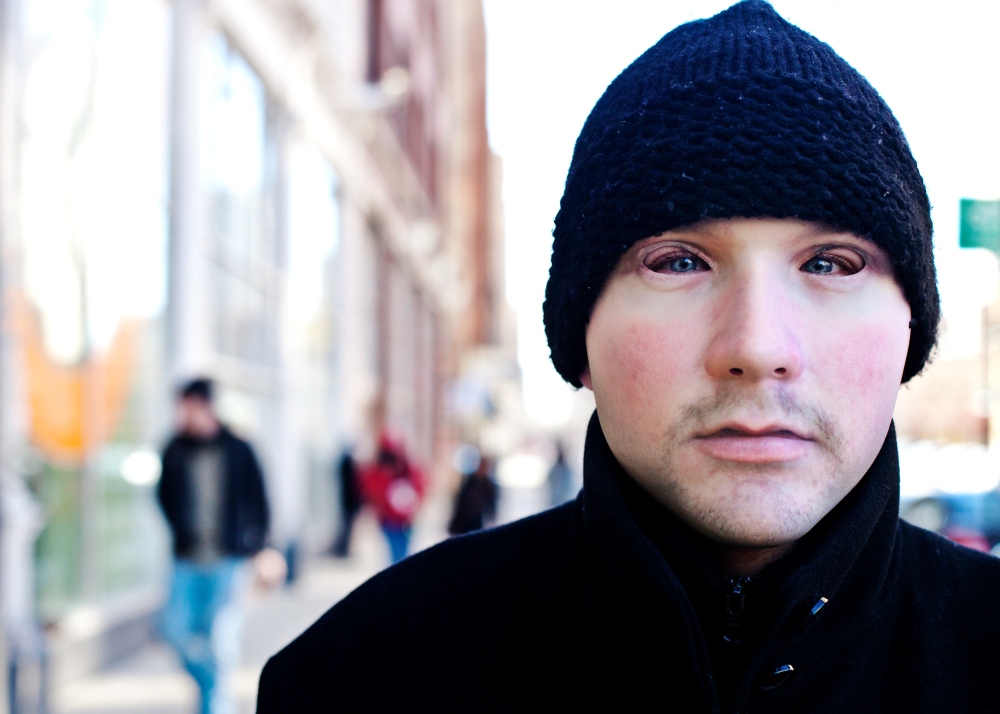 How many surveillance cameras do you pass when you walk down the street? Most of us don’t know and prefer not to think about it. We know that public and private entities, from social media sites like Facebook, to law enforcement agencies, are using facial recognition software. In most cases, we haven’t actively consented to this surveillance, and we don’t know what will be done with information – but it also seems like there’s not much we can do about it.

Enter artist Leo Selvaggio, who is interested in “increasing the amount of public discourse about surveillance and how it affects our behavior in public space.” Selvaggio has launched a venture called URME Surveillance, whose focus is “protecting the public from surveillance and creating a safe space to explore our digital identities.”

URME is doing this is in an unusual, and admittedly kind of unnerving way. The site provides masks, in the likeness of Selvaggio’s face, that you can wear in public to protect your own mug from ending up on file. These “Personal Surveillance Identity Prosthetics” are sold at cost – Selvaggio isn’t in it for the profits. There’s a $200 resin prosthetic, a set of 2D paper masks for large groups (protestors?), and a downloadable PDF paper mask that fits together like a 3D puzzle, giving the mask more dimension than the flat, 2D version. 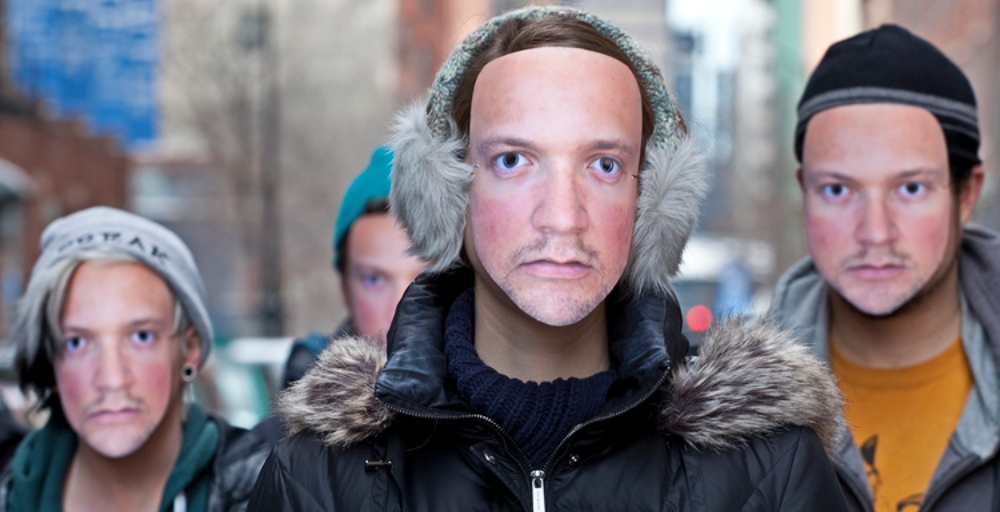 “Our world is becoming increasingly surveilled. For example, Chicago has over 25,000 cameras networked to a single facial recognition hub,” explains the URME website. “We don’t believe you should be tracked just because you want to walk outside and you shouldn’t have to hide either. Instead, use one of our products to present an alternative identity when in public.”

Is this product a genuine solution to non-consensual surveillance? Or is it simply an artist’s attempt to make a statement? The 3D resin mask is fairly realistic, but with the wearer’s eyes peeking out of the mask’s holes, it’s creepy, to say the least.

While the mask may thwart surveillance cameras, it will probably attract attention from other people nearby – so perhaps anonymity isn’t the goal.

It’s more about making sure that your face doesn’t end up in a databank; or at the very least, inspiring conversation about the topic of public surveillance. Potential customers should also be advised that many states and cities have laws against wearing masks in public.

Regardless of the ultimate intention, the fact that Selvaggio is willing to sacrifice his own likeness to Big Brother means that he takes the issue seriously. Cameras linked to facial recognition software will identify and track Selvaggio, regardless of who is under the mask. URME has actually tested the product using Facebook’s “sophisticated” facial recognition software.

Selvaggio even acknowledges that people could use the mask to commit crimes, which could land him in hot water. However, he has “come to the conclusion that it is worth the risk if it creates public discourse around surveillance practices and how it affects us all.”

In this article:surveillance, Tech, The News