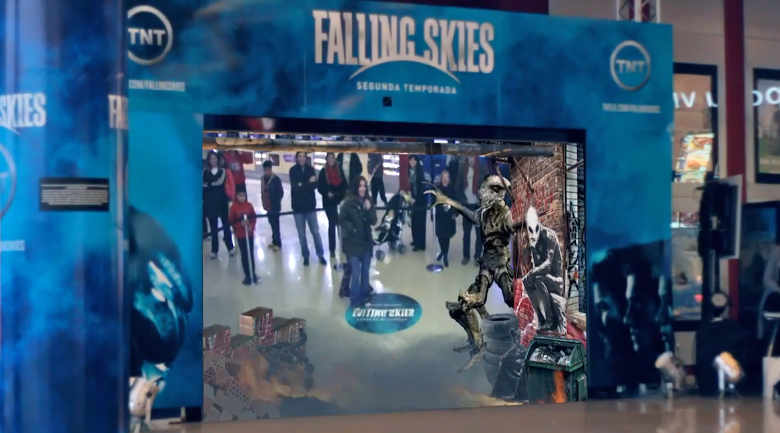 Augmented reality and your marketing

There have been hundreds of augmented reality (AR) campaigns, all over the world. It takes more than just the amazing AR technology to make an effective marketing campaign, however. You need an amazing team of marketers and advertisers to conceptualize and push the campaign.

“Falling Skies,” a television show on the TNT Network, is a wonderful example of this marriage of AR technology and marketing magic. With Stephen Spielberg for an executive producer, you can imagine how imperative special effects are on the series, and the 5SEIS team translated that environment to AR for people to enjoy.

The campaign was wildly creative and succeeded because it was playful and interactive, limited only to the participants’ creativity. The strategy was to tap into a very basic advertising concept: make the consumers experience the product. It is just an added bonus that they were able to give consumers a way to fully emerge themselves in the “Falling Skies” environment.

Perhaps the added bonus here is that the consumers were able to see, touch, and interact with the environment; and that might be something to take away from this: allowing the consumer to utilize their imagination with your product makes the experience enjoyable and therefore something the consumer will want to experience again and again. Something you might think about employing with your own products.

If you are interested in more augmented reality, or Falling Skies, there is an app available for download which uses your camera phone to put you into a similar AR environment. Available for iOS and Windows phones.

In this article:augmented reality, Marketing