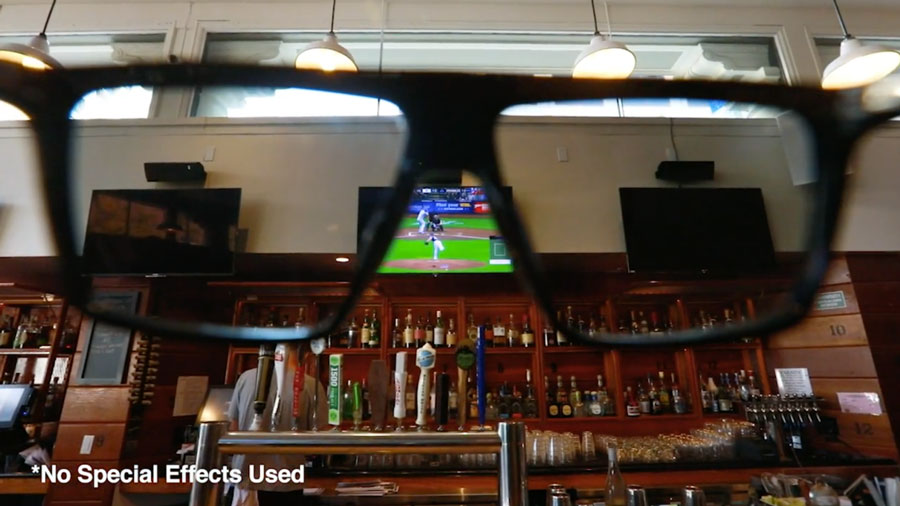 Screens are pretty much ubiquitous in all but the least-developed parts of America, and getting away from them during a night out usually isn’t easy. If you’re somebody who suffers from screen overload throughout the day, a product called “IRL Glasses” may hold the solution for you.

The concept behind the IRL Glasses is fairly straightforward: they’re a pair of sunglasses made from a material that blocks light specifically from most television, monitor, and mobile device screens, allowing the wearer to experience through a screen-free view a variety of environments which are typically dominated by visual clutter.

For example, someone wearing the IRL Glasses might be able to tolerate the numerous screens lining the wall in a Subway or tune out the closest TV on a sports bar’s patio. The glasses might even come in handy during road trips if you habitually check your phone while driving or find yourself distracted by screens along the way.

It’s clear that the primary intention for the IRL Glasses is to prevent unwanted screen exposure, but the glasses actually have a less self-aware application: screen addiction treatment. In theory, people hoping to cut down on involuntary screen use could don these glasses to help remind them that they’re in a no-screens period of the day.

Regardless of how you decide to use the IRL Glasses, however, the basic principle is definitely conducive to better eye health and substantially less unwanted news exposure.

There are still a couple of inherent problems with the glasses’ design, chief among which is the fact that they’re sunglasses by default. While the material used to facilitate the glasses’ function is naturally tinted, one can easily make the point that wearing a pair of IRL Glasses while indoors is inconvenient (not to mention tacky). Obviously, a non-tinted model—if possible—would solve this issue.

Another less-obvious problem is that the lens material doesn’t actually block all screens. While LCD, LED, and CRT screens will show up as black when viewed through the IRL Glasses, OLED screens—the screens found on some Android phones and the newer iPhone X line—will still show up like usual.

IRL Glasses are currently in development via Kickstarter, but given that they’ve wildly exceeded their funding goal, they’re projected to be available mid-2019 for less than $100.