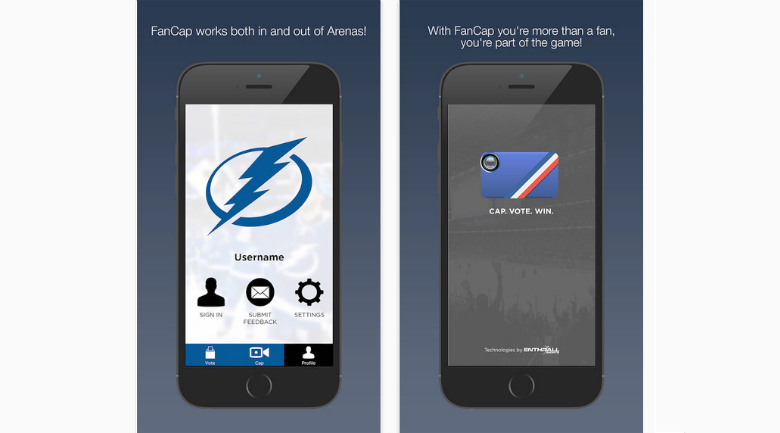 A new way to get on the Jumbotron

When I was a kid, one of my favorite parts of the Royal’s baseball games was when the camera turned onto the crowd, showing live footage of waving, cheering fans on the Jumbotron. Perhaps I would have my fifteen seconds of fame! (I never did).

Little has changed in the way sports games are presented – but Enthrall is cooking up creative technologies to make stadium sports more interactive for fans. The Seattle-based company has created an app called FanCap that lets attendees at sports events shoot photos and videos, which are then posted to screens around the arena. Fans can also request music, and can answer live polls. The Jumbotron meets the smartphone.

The idea came from a collaboration between founder Alan McGinnis and several sports executives.

McGinnis had “long conversations” with sport execs “about what specifically needed to be fixed with the fan experience.” He was advised by former Tampa Lightning and Seattle Seahawks CEO, Tod Leiweke, “In all my sports experience, every time I’ve turned it over to the fans, they’ve never let me down.”

From the living room into the stadium

With FanCap, “fans get to help guide the experience.” FanCap will undoubtedly help sports teams draw fans out of their living rooms and sports bars and back into the excitement of the stadium.

Besides giving users a way to engage their mobile device with game presentation, Enthrall also makes facial recognition software that can help teams analyze the crowd’s emotional reaction to the game.

So far, the app has been tested at three Tampa Bay Lightning home games (where it is fully integrated), the first pro sports team to try out the technology. So far, 1,000 users have signed up. Said Griggs, “That’s good for early adoption.”