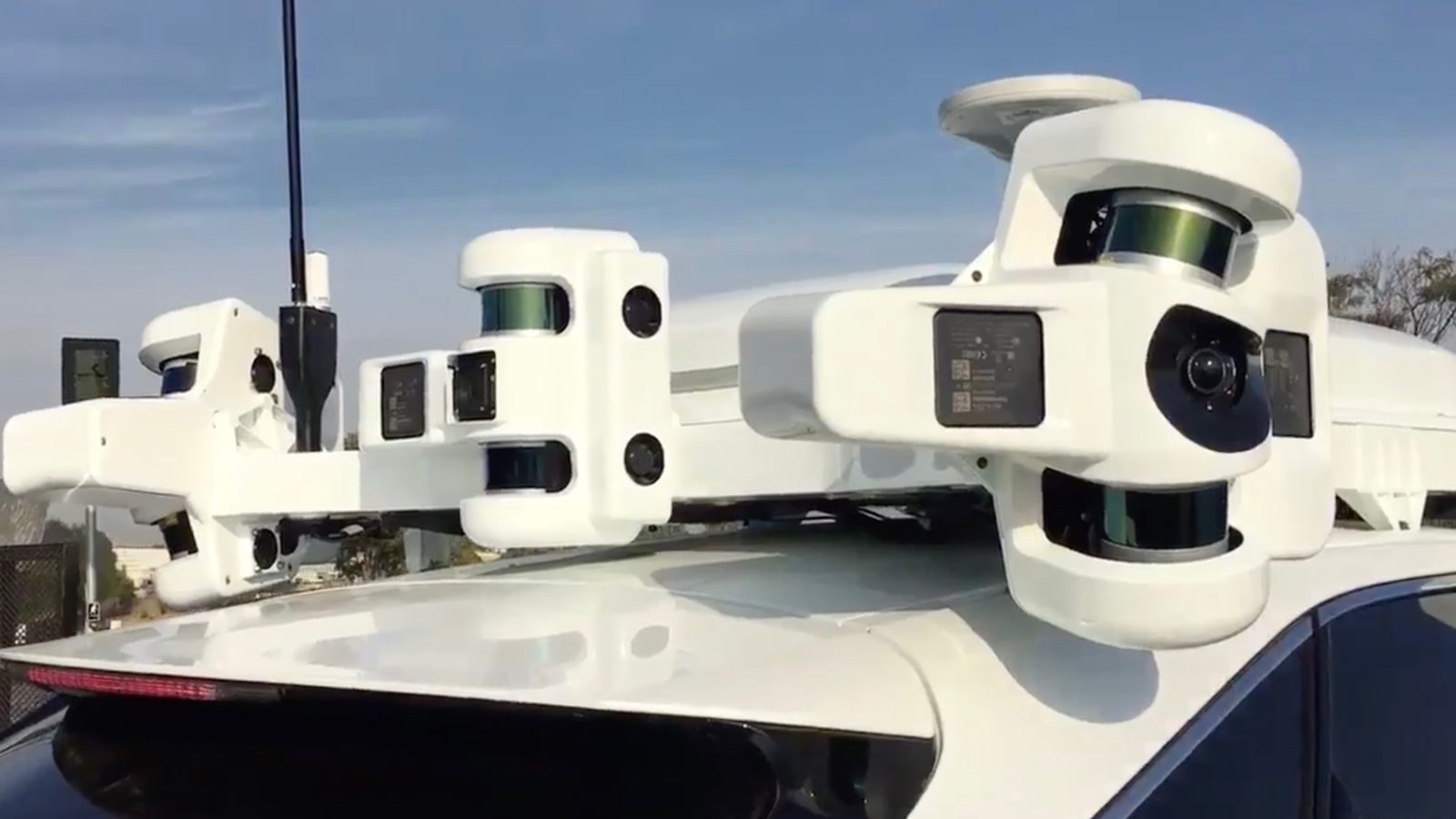 The cat’s out of the bag – this week a competitor has released a video of what he claims is an autonomous vehicle from Apple’s super-secret “Project Titan.”

Ever since last April, when Apple secured a permit to test autonomous cars in the state of California, rumors had been swirling that the tech giant was working on a fleet of self-driving vehicles.

Apple execs have been tight-lipped about the project, but it seems that they are shifting focus from building autonomous cars from scratch, and instead will work on creating software, collaborating with car manufacturers to build the cars themselves.

This decision was announced last year after engineer Bob Mansfield took over the project.

The video shows a Lexus SUV with a somewhat cumbersome-looking roof mount that seems to contain a number of cameras and sensors. The video was posted by MacCallister Higgins, co-founder of competing autonomous car startup Voyage.

Voyage is currently testing autonomous ride-sharing vehicles at a San Jose retirement community. The video shows a self-driving car at rest, but Higgins says he saw the vehicle driving out of Apple’s Sunnyvale campus last April.

Higgins jokingly referred to the vehicle as “The Thing,” perhaps poking fun at its clunky rooftop hardware system. Given that Apple general favors sleek, minimal designs, the hardware is suspected to be a prototype, and perhaps Apple will eventually create more discreet systems, such as the ones one Waymo’s self-driving minivans.

Another theory is that Apple has created universal self-driving hardware that can be fitted to different vehicles.

Industry insiders believe that Apple, which is a few years behind the curve when it comes to its competitors in the autonomous vehicle game, may be aiming its efforts at creating self-driving ride-sharing services similar to Uber. Last year, Apple invested $1 billion in Didi Chuxing, Uber’s main competitor in China.

Insiders also say that the tricked out Lexus SUVs are being used as a driverless shuttle between Apple’s campuses.

Apple has a ways to go to catch up with its competitors, including other tech companies like Alphabet, and other car companies like Ford, Volkswagen, Tesla, and General Motors.

In this article:apple, autonomous car, project titan, The News