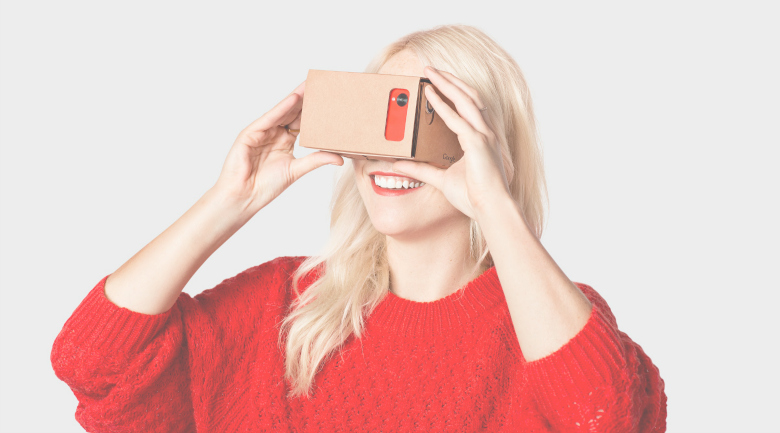 Looking up close/reasonably close to something for an extended period of time may well give you eye strain or a headache. Reading a book or working at your computer are two activities that come readily to mind and both can give you red eyes or worse after prolonged exposure. But what about VR headsets?

Certainly staring at something mere inches away from your eyes, in the dark, is gonna wreak havoc on your vision, right?

Well, maybe and maybe not says many professionals in the know.

Breaking it down, VR headsets contain two small LCD monitors, each projected at one eye, creating a stereoscopic effect which gives users the illusion of depth. According to vision experts at Essilor USA, “The proximity of the screens to the eyes has given some experts pause, speculating on what types of eye disorders may be created by fully immersing yourself into these intense ocular exercises for long periods of time.”

Consider the gaming market: Filled with young gamers (an estimated 26 percent of all gamers are under 18) whose focus, tracking, and depth perception is still developing. An article on Venture Beat points out that “Prolonged VR use can put youngsters at risk for developing early myopia, or nearsightedness, and digital eye strain.”

That said, the easiest way to combat this type of ocular stress includes having your child’s vision checked at the beginning of the school year, and enforcing several minutes of break time for every 20 minutes of VR activity.

Consider: Blue light contributes heavily to macular degeneration. It’s super bad for you. Causes headaches, takes your mind more time to think, can disrupt sleep and causes a host of other hopefully short-term discomforts. But the risk is there. Oculus, for example, is already aware that using VR can cause problems with hand-eye coordination, and it warns Oculus Rift users about potentially dangerous symptoms of VR use with the following product health and safety warning:

“Do not drive, operate machinery, or engage in other visually or physically demanding activities that have potentially serious consequences – or other activities that require unimpaired balance and hand-eye coordination – until you have fully recovered from any symptom.”

According to Albert Rizzo, director of the University of Southern California’s medical virtual reality department, “Potential hand-eye coordination problems are likely linked something called past-pointing.” It’s a perceptual phenomenon where people fail to point accurately to an object in space.

Rizzo says the ailment is traditionally seen in patients with strabismus (or “crossed eyes”) but also in pilots who’ve been using flight simulators.

Past-pointing, explains Rizzo, “Can significantly affect you ability to carry out everyday tasks.” So you can just imagine how difficult the challenges of everyday living become if you’re looking at VR for 5-6 hours at a time.

Another ailment is one we may have experienced. After playing/staring at video games for hours on end you tend to see whatever image you’ve locked onto when you close your eyes. Welcome to Game Transfer Phenomena. Usually GTP wears off after awhile but it can become more pronounced depending on the stimulation and sensory outlet.

There are studies that postulate that the fine-tuning and further development of virtual reality systems and headsets could actually make our eyes stronger!

Who knows what other interesting and groundbreaking applications VR might come up with to enhance vision down the road?

The outcome for better or worse is just a matter of time.