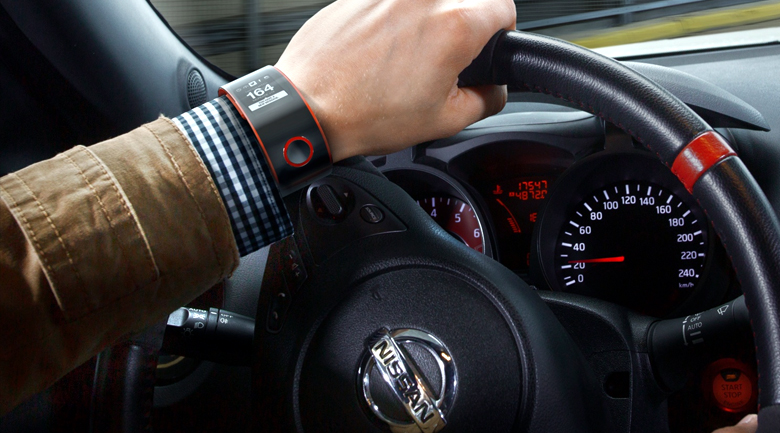 Wearable technology refers to wearable electronic devices, mini-computers, if you will, and when the term is used, most people think of Google Glass (the glasses with a tiny interactive computer viewable by the wearer) or smartwatches like the rumored iWatch or the very real Samsung Galaxy Gear Smartwatch, but the world of wearable technology is expanding to bring interaction between people and tangible items.

Nissan has announced a concept design called the “Nismo Smartwatch,” which calls itself the world’s first smartwatch to connect a driver to their car and provide them with real biometric data. Designed for the automaker’s performance cars, the Nismo Smartwatch measures speed, heart rate, weather conditions, fuel consumption, traffic conditions, and auto health, recording stats and performance trends of the user and their car.

The sporty futuristic device comes in black, white, and red, and offers a two-button interface and would be gorgeous on it’s own as a watch (and since it tells time, perhaps some will use it as a watch upon its release). There is no word yet as to pricing of the Nismo Smartwatch.

What’s next for wearable technology?

We predict that we’ll see other concepts begin to emerge that connect consumers with their favorite devices, but the big winner will ultimately be in the device that connects them all together down the road. Some may think Apple could be the front runner for this task, but their record for maintaining proprietary software and hardware actually leaves this gap open for Google (Android) which operates on a more open source philosophy.

Your fridge and stove can already talk to your iPhone, and your car can talk to your Android tablet, but soon, all of these disconnected devices will be able to talk not just to your glasses, but in a more organized fashion with your phone. It will be chaotic for a few years, but when the dust settles and everyone is done coming out with their own brand of wearable technology, one or two devices will take their place and connect them all. And it will be fascinating. 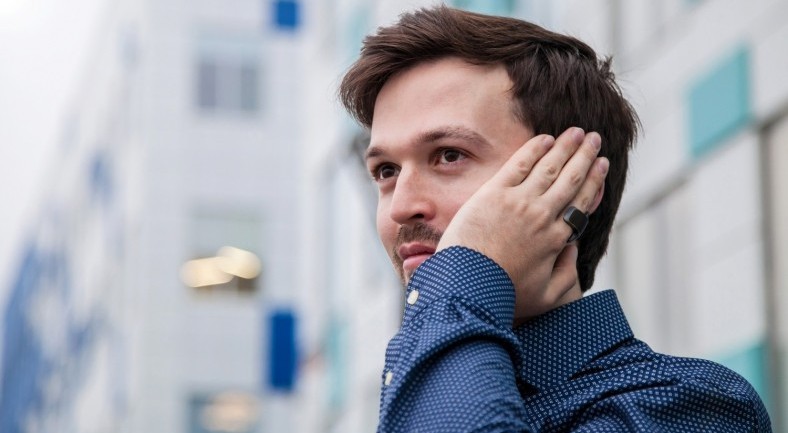 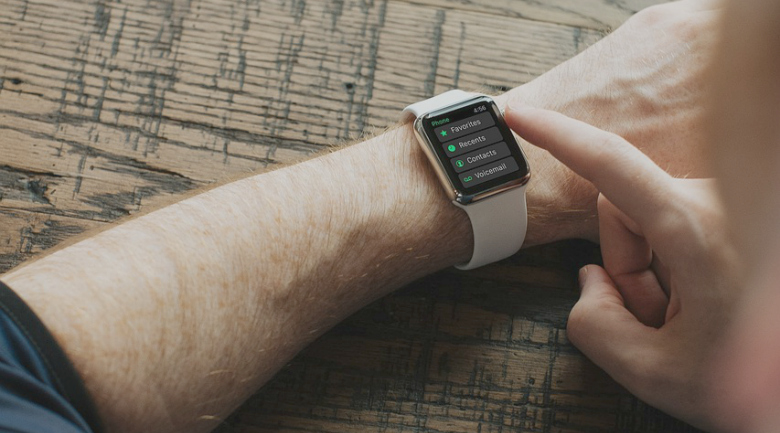 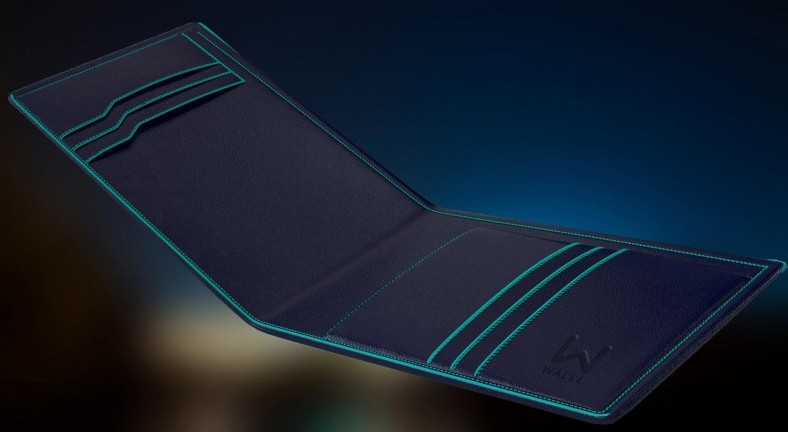 Walli: Even wallets are getting the smart tech treatment

If you are prone to losing things or forgetting about your possessions, you will love this smart wallet from Walli.

Is the OKTO smart ring the next big thing in wearable technology?

Everywhere you go it seems everyone is wearing a smartwatch or fitness tracker. It makes you wonder what the next big thing in wearable...