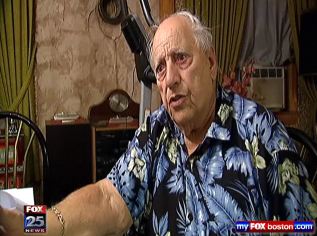 Long time Boston landlord Alfred Defazio was ordered to pay $15,000 to a Realtor who accused him of systematic discrimination against African American renters. Massachusetts Commission Against Discriminating (MCAD) which is the state’s chief civil rights agency found Defazio guilty and subject to fine, there is no word from the U.S. Department of Housing and Urban Development (HUD) who is typically the agency that penalizes fair housing violations.

The 80 year old property owner told Boston area Realtor Keisha Willis that he would not rent to African American tenants.

“At first, I said to her that I prefer not to because I have had past experiences with them that they don’t pay and they cause all sorts of damage,” Defazio told FOX 25. Defazio disputes that he told the Realtor he would demand “a hell of a lot of money up front” if he did decide to rent to an African American.

During the interview above, Newton said he isn’t racist and didn’t know his actions were “highly illegal” and he said he didn’t always have these feelings, rather they were based on multiple bad experiences with alleged damages left and unpaid rent by African American tenants. Defazio told FOX 25 that he would rather go to jail than pay the fine.