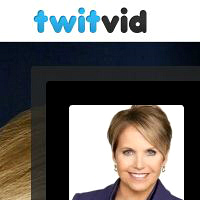 Twitvid.com expands their existing model from capturing raw video and posting on Twitter to allow users to share any kind of video from anywhere, says CEO Mo Al Adham in the video interview above. Twitvid was formerly the largest repository of videos on Twitter other than YouTube and is well known as the TwitPic of video.

The company says they already see over 40 million video views per month with their service from 12 million unique videos. Twitvid’s CEO aims to create a social network exclusively for sharing videos, as opposed to their original model of supplementing Twitter users’ streams, meaning consumers viewed millions of videos through Twitvid, but less frequently by viewing them on the Twitvid site as a social destination.

Now, the network offers a feed of videos from Twitvid, Vimeo and of course, YouTube wherein users can organize videos into channels, subchannels, follow other channels and connect over video postings. Videos can be shared to Facebook and Twitter directly from Twitvid and channels can be public or private and users can post videos to other users’ channels if the Channel Editor allows.

Below is a screeshot of a Twitvid channel requesting a login: 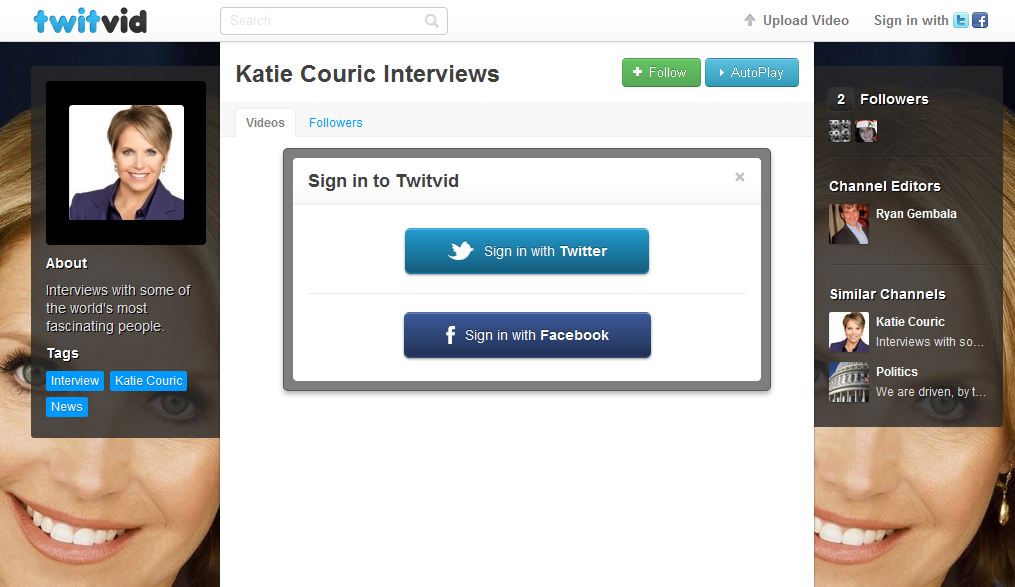 It could be that Twitvid’s new launch has caused server issues, as at the time of publication, many features were limited and we were unable to examine the service more in depth, but we anticipate that with their recent cash infusion of $6.5 million, uptime and functionality issues won’t be a problem in the long run.