Last summer, I signed up for a free day with Mike Ferry. I had received a phone call from one of his telmarketers alerting me to the event. I like FREE. I’m sure it was one of those popular workshops where you tease people in with a free presentation and then try to up sell them to courses and coaching (subprime workshopping), but hey, I’d heard some good things about Mike Ferry so, I signed up.

Then I couldn’t make it. So, I went to the registration website to let them know I wouldn’t be attending. Then of course, the emails started coming in. I can of course unsubscribe, in fact, I think I did about a month ago after I decided that I probably wouldn’t avail myself of their services.

Today, I was helping my friend Holly with a computer problem at her office when the phone rang and I made the mistake of answering it with my brain still in tech mode. It was another Mike Ferry telemarketer calling about an upcoming event in the East Bay.

The telemarketer immediately launched into his spiel. I interrupted and aksed if it would be possible to be removed from the contact list. Instead of answering, he asked me if I had ever attended a Mike Ferry event.

I countered with – can you answer my question with a yes or no? He replied in the affirmative and I asked him if he would do so – AT WHICH POINT HE BROKE THE CONNECTION.

It left me thinking that this Mike Ferry salesman needed some Mike Ferry coaching.

I’m sure Mike’s program is great – a lot of people attest to it.

This incident reminded me of an interaction my former wife had with a VP of Steven Covey’s organization some years back. The 7 Habits book was busting the charts when she met this VP on a plane flying into Salt Lake City. She came home totally jazzed about that lengthy conversation and told me that the VP was going to be calling her to followup on the conversation.

That call never came and it made me wonder if follow through or keeping promises is not one of the 7 Habits espoused in the book. I don’t know as I never purchased a copy of the book because of this event.

There’s an old saying in sales/marketing/pr that is in dire need of updating – people who have a negative experience with your product or service will tell 11 people. Today that number is so astronomical that it is imperative that walking the talk is no longer an option but a survival factor. 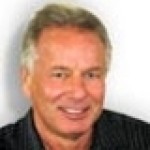