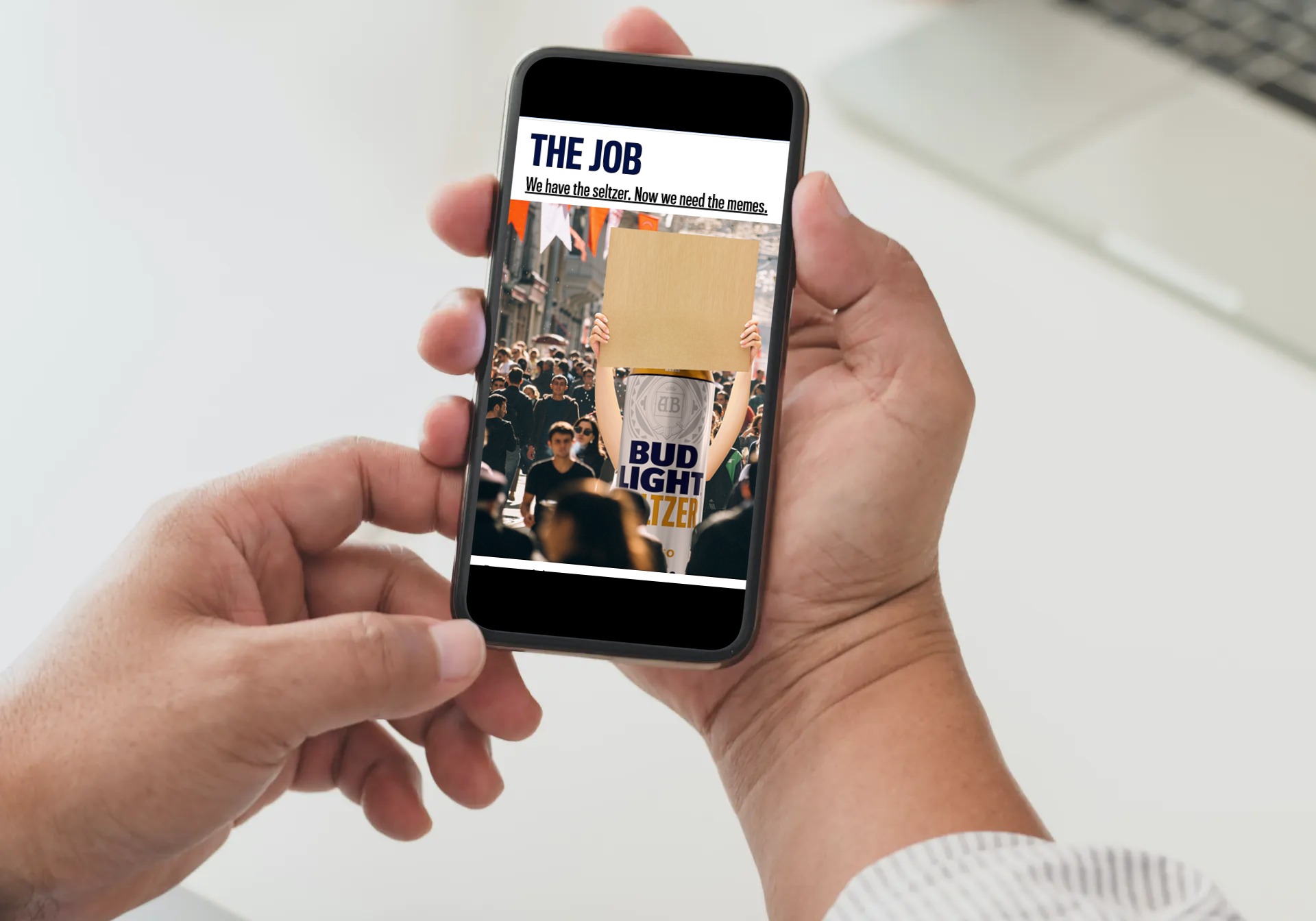 Meme-based marketing is becoming so commonplace that posts like this are almost mundane:

Recently, Bud Light bought a swath of ads in the form of memes just like this about a job listing for a “chief meme officer.” The above example actually appeared in my own feed a few days ago. They are offering candidates $5000 a month to make ten memes a week about their hard seltzer brand.

Whether you consider it tacky or hilarious, what you may not realize is that the history of meme-based advertising goes back nearly a decade.

The Denny’s Tumblr page is considered the first to have found success with marketing-by-memeing in early 2013, utilizing surreal, bizarre humor that made direct references to the culture and in-jokes of the rest of the platform at the time. Other fast food brands soon took this approach to Twitter with wild success through the late 2010’s.

The most widely followed accounts that comprised Food Twitter weren’t necessarily the biggest companies, but rather the strongest brand images on the platform. The A-list included names like Wendy’s, known for its sassy clapbacks; Arby’s, which often alluded to nerdy and fandom-related subcultures; and Corn Nuts, for whom a funny online presence majorly boosted retail sales as well as sales among Millennials.

In high school, I unironically followed many of these hip brand accounts. Back then, I thought their content was subversive, like straight-up satire. It made me wonder, who were the masterminds that were out there convincing junk food companies to pay them to goof around online? And how do I land that job?

Through adapting the offhand, unfiltered style of the “fellow kids” on social media, these brands made themselves seem self-aware, approachable, and (dare I say) #relatable to me in a way they never would have otherwise. For example, I had no reason to be following Steak-Umm. I didn’t even eat meat. But they were funny, so who cared?

It’s kind of genius, considering the sheer number of eyeballs that spend hours a day scrolling. By turning their social media accounts into a source of entertainment, these companies are able to reach a wider base of loyal fans.

But it’s a tricky balance. Poorly thought out attempts at brand meme-ry have produced plenty of cringey results, too. Does anyone else remember when Sunny D made their “depression tweet”?

I can’t do this anymore

Imitating a person in actual psychological distress to sell orange flavored beverages was widely received as… not a great look. Other famously uncomfortable attempts at brand memeing include:

But hey, no attention is bad attention, right?

So what the heck does this say about Bud Light Seltzer’s meme team?

Well, in her video “The Late Capitalism of Fast Food Twitter,” popular Youtube essayist Sarah Z summarizes the issue with the fusion of advertisement and entertainment. She says that “this new level of social media usage, where ads are often functionally indistinguishable from fun content you would still share with your friends otherwise [is] kind of terrifying… more and more this is starting to mean that ads are everywhere in your life, and you barely even register them as ads.”

And that’s true: It is hard to know when something in my feed is sponsored or not. When an account that I follow gets paid to review a product, or post annoying memes about a job opening at Bud Light Seltzer, that transaction is not always clear.

Sarah Z goes on to highlight that “if this is the direction that ads are going to take from here on out, imagine how that is going to affect people who never grew up knowing anything else.”

All that being said, I won’t lie here: Getting paid to make internet memes still sounds like my dream job… even if it would mean slightly selling my soul to get it.

In this article:Marketing, meme, Social Media, The News