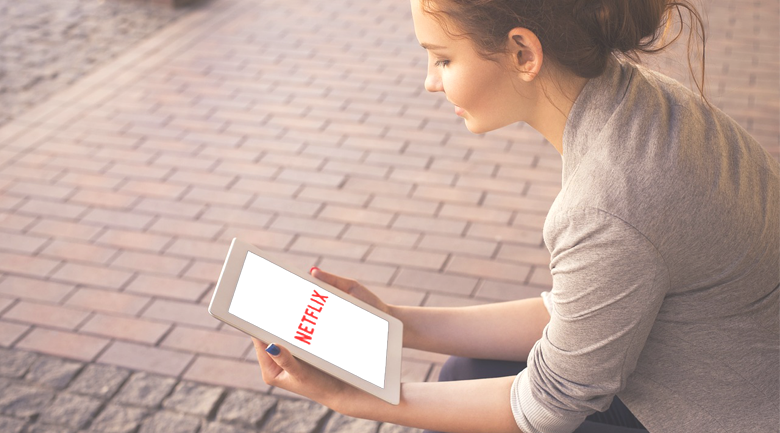 Netflix’s promotional tweet is effing awesome. Nothing is more poignant than well-timed profanity.

Netflix proved this last week, announcing the premier of their new show Castlevania with a saucy little tweet that sparked quite a commotion online.

The power of the f-bomb

Using obscene language in customer communication is a bold move, as it often generates the wrong kind of attention. There’s a fine line between edgy and offensive, and which side you’re on is all determined by context.

You want to make a splash, not a whole tsunami.

Often these risque tweets are so startling that the public’s initial assumption is the company was hacked or an employee went rogue. Chrysler tweeting that Detroit residents don’t know “how to f***ing drive” is one example. T-mobile’s CEO cussing out Verizon in a full-blown Twitter hate campaign is another. These simply couldn’t be legit–and yet they were.

So why are we not cringing over Netflix’s saucy announcement?

Rather than inciting criticism, Netflix’s playful little splash inspired a flood of humorous GIFs. Their foul mouth actually got people pumped up for their new show.

Speaking to the people

First, the topic itself was not negative. Nobody was being attacked, and no opinions were being forced on others. Sure, the profane language wasn’t necessary, but it resonated with Netflix’s audience because it’s exactly how people talk. In fact, it’s a direct quote from a real person: Adi Shanker, one of the show’s executive producers, described the show as having the same level of violence as Game of Thrones, telling GN last February to expect the animated series to be “R-rated as f***.”

This is a measurement Millennials are quite familiar.

They like sauce that’s spicy as f***, music that’s sick as f***, and shows that are cool as f***. And what’s cooler than a provocative R-rating?

An animated series geared towards adults is a tricky package to market, but Netflix did a brilliant job of both explaining their show and building hype around it — in 140 characters or less.

Of course, television shows do not actually have R-ratings. The correct label for a show containing adult content is TV-MA, but come on, none of us are really a “Mature Audience,” and that’s not nearly as catchy to tweet.

In this article:f-bomb, Marketing, netflix, The News