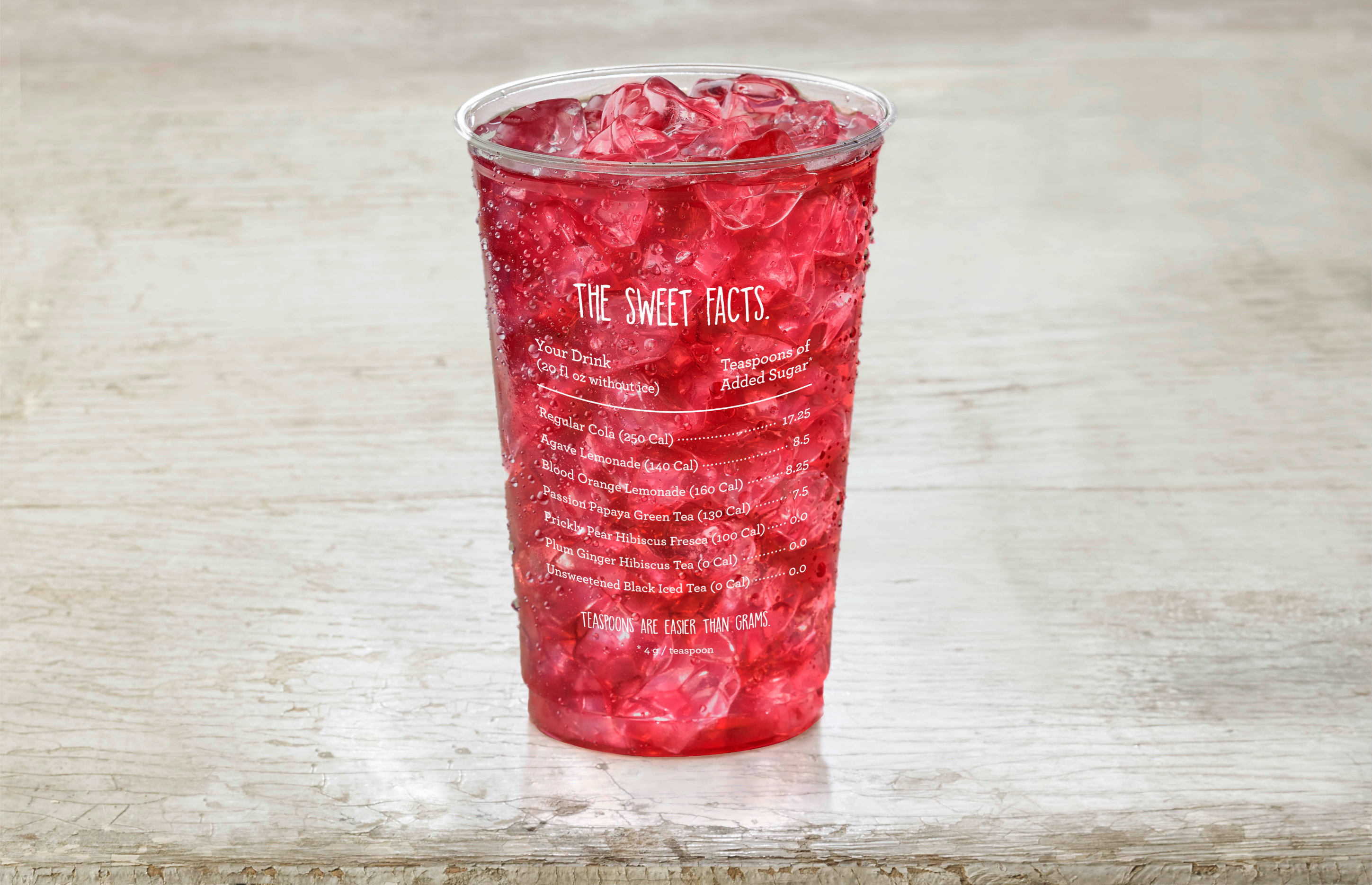 Everyone has their vice. I usually live blissfully unaware of the sugar content of my drinks. My two favorites are Dr. Pepper and sweet tea… Can you tell I live in Texas?

But, like they (I’m still not sure who they are) say, ignorance is bliss and Panera is on the war path to ruin everyone’s sugary drink bliss with their new cups.

Panera brags on the absence of artificial food additives and genetically modified ingredients in their food which is what makes it “clean.”

Now, they have decided to take their cleanliness a step further. The restaurant started their beverage revolution by cleaning their drink selection.

The first step was to post the caloric and added sugars information of their drinks (including soda fountains) and launch a new line of iced teas and lemonades in their stores.

But the revolution didn’t stop there. Panera’s most recent steps to clean food and drinks have resulted in new cups. They won’t be as controversial as Starbucks’ holiday cups but they might cause you some internal strife. The cups will have the nutritional information for every beverage they sell. Can you say guilt trip?

Decade in the making

Panera’s founder, chairman, and CEO, Ron Shaich, was reported as saying that Panera’s aim isn’t to be the food police so that they can tell people what to do or not to do, but that they do think that consumers should have greater awareness on what’s in their food — and in their drinks.

Shaich believes in consumer awarenes so much so that Panera has taken over 10 years to complete the menu cleaning process which led Panera to review more than 450 ingredients across its supply chain.

Ultimately, Panera’s changes all serve to allow consumers to think twice, understand what they’ve got and bring greater awareness to its patrons out of service to them.

The new cups will make their debut in eight markets this week. The company plans to roll them out nationwide by mid-September.

In this article:cups, panera, sweet facts, The News

(Business News) Panera Bread is announcing a new system to improve accuracy and reduce costs, and other businesses are sure to follow.