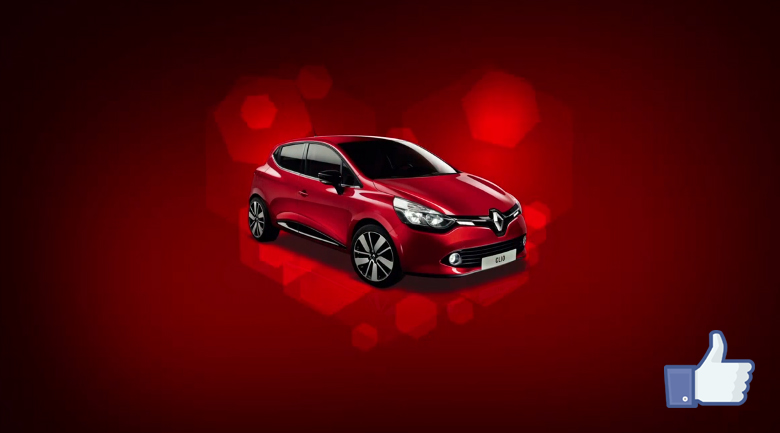 Renault Netherlands documented just how likeable the new Renault Clio is by whether or not their fan base could “like” the car enough to tip the scale. Meaning, the company set out to gain more Facebook likes than the actual weight of the vehicle. On one side of the scale, is the Clio; and on the other a large box labeled “Facebook.” Fans show their affinity by seeing a thumbs up physically placed in the box after they’ve liked it, by way of an interactive live stream.

In two weeks’ time, the car received more than 16,000 likes in the Facebook box to actually lift the car. At the moment that the scale began to tip, the live stream made the Ustream homepage with over 60,000 views.

Renault boasts that the Clio is, “The first car carried by likes!”

Was the campaign effective?

In the comments of a YouTube video describing the event, someone asked about the weight of one thumb placed in the box, to which Renault Netherlands replied, “…the thumbs had different sizes, so also different weights.” This answers the question asked, but doesn’t answer the logistical side of how they can achieve data without a standard unit of measurement.

So, can this really be an accurate measurement of interest in the car? I don’t think so, however, it clearly is an effective means of advertising the vehicle, and with a memorable impact. I must admit the novelty of seeing my Facebook like materialize, and go into the box would be pretty cool. But sitting around online waiting to see what number would cause the scale to tip doesn’t really make me want to purchase a Clio… but I’d remember the ad nonetheless.

With the ad campaign bringing in more than 12,000 new Facebook fans, it does open the door to new advertisements cleverly placed in users’ newsfeeds, so Renault’s win here is not in converting sales directly, but in branding and giving themselves long term opportunities to continue marketing to potential buyers.