Whoever thought the word Twitter would become a part of our Social Media marketing plan? I know I didn’t!

I’m really not a big Twitterer (is that a word). In the beginning, I struggled with the whole concept, it seemed it may be a passing fad and I sure didn’t need another social app to track. I have enough on my plate, so I dismissed it. Not totally, I just didn’t jump in with both feet or whole heartedly. Small talk has always been a challenge for me; to take all my thoughts and condense them to 140 charachters is really pushing the “small talk” envelope.

I’m still not entrenched in Twitter, as in, I don’t get involved with a whole lot of conversations. Maybe I should, I don’t know! I am starting to enjoy the ride, though, learning tidbits of information here and there and making a few friends. Not so long ago, the population at Twitter seemed to be mostly those in the real estate business. Recently, the population has exploded and there is a lot of conversation going on in the Twitterverse.

A few months back I started searching for people in Indianapolis who use Twitter. Nothing against my real estate friends on Twitter; I was just curious about who was out there in my city using Twitter. It seemed to me, the people in my own backyard would be the ones who I would have a greater chance of meeting up with or doing business with. At first, there were just a few people here and there and just like blogging, many dropped off without a twit. Today, more and more locals are using Twitter and I have found some unique businesses out there.

I wrote about a few of the businesses on my blog, which I thought were interesting and of real value to the general population of my city. The first one I wrote about was, AroundIndy, a company whose website has an all inclusive listing of everything to do in Indianapolis. I also have a link to his blog from mine. I did this because I believe he offers a real value to the city. In return, he put a link to my site from his. I never expected such generosity.

I found a few more sites last week (from Twitter) which I wrote about. One of the business owners is also a VP of Rainmakers in our city and has invited me to be her guest at a Rainmakers meeting. Rainmakers is a local networking group, which I had planned on joining, so it was really coincidental that she is the VP of a local chapter. She in turn wrote an article on the Rainmakers blog about me, entitled, “Not a Rainmaker, but making rain”.

Now, I am not suggesting anyone go out and start writing about local companies for their own personal gain or recognition, because, we know that won’t work anyway. However, with a sincere interest in supporting your local companies and finding out what they offer, how they can benefit your clients, you may just find a friend or two. 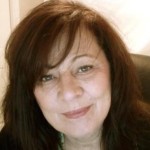 Paula is team leader for The "Home to Indy" Team in Indianapolis . She is passionate about education and client care and believes an empowered client is better prepared to make good decisions for themselves. You'll find her online at Agent Genius,Twitter and sharing her insights about her local real estate market at Home To Indy.