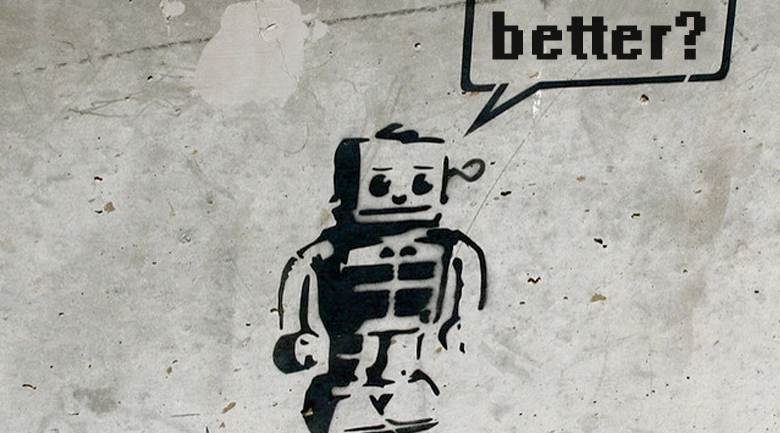 More peoples’ jobs are at risk than most know

Most people don’t actually think their jobs are going to be taken over by robots, right? Some believe automation of jobs is crucial (the healthcare industry, anyone?). Some are afraid robots are going to take over the world! Better robots than zombies, I guess.

We’ve hemmed and hawed at length here at The American Genius over whether automation is really going to put a dent in our available jobs. Most of us have heard of Monster.com, you know, that website on which you find yourself searching around for job openings in Hawaii on a particularly bad day at work. Or that place you go if you really do want to legitimately find a new job.

A new poll addresses these worries

Well, Monster.com has taken an actual poll that lays out exactly how worried people are by the idea of automation taking over the workforce. Which is to say, not much. The poll asked their website visitors specific questions like, “When do you think automation (i.e., computers, robots) will be able to do your entire job?”

Monster.com garnered thousands of responses for this poll. Out of those people, a whopping 63% believe that automation will not be taking their jobs anytime soon and an additional 10% more on top of that think it will be 10 years before it will be an issue.

Germans are the most scared of the robots

Apparently those residing in Germany are the most fearful of robot overlords taking their jobs and people in India are the least scared, rounding out to 67 percent of people who are covering their eyes and ears and saying “nope, not happening.” My fellow Americans sit pretty high up on the confidence level at 62 percent. Yay! Over half our country is most likely wrong! Or so an incredibly in-depth Oxford study from 2013 thinks.

The study says we should indeed be worried by automation of jobs because computers can do a lot of the routine tasks humans do at work without the bias or lunch breaks. We should also note how much less expensive it will be for companies to use computers for these tasks instead of a real live person who needs insurance and vacation time.

How susceptible are we mere mortals?

The main question the study is trying to answer is how susceptible your job really is to computerization. Of course, it will take time for the engineers of the world to figure out how to create whatever algorithm is needed to do the jobs outside of routine tasks. But they will.

The study came to the conclusion that certain jobs have a much higher risk factor of being taken over by computers and robots and actually 47 percent of the entire US workforce is in that high risk category. The study says, “Most workers in transportation and logistics occupations, together with the bulk of office and administrative support workers, and labour in production occupations, are at risk.” 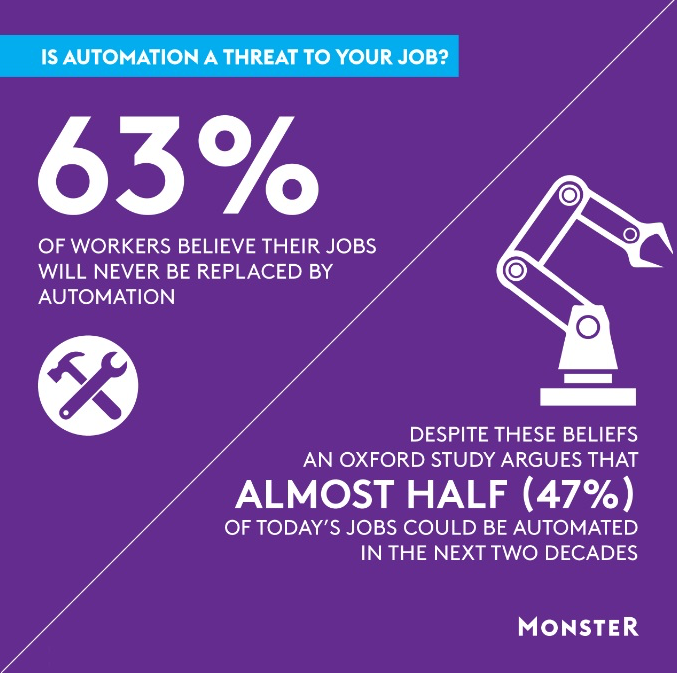 So are we doomed?

We’re all doomed! But wait, I mean, something has to give here. Most people believe that whatever jobs are taken over by automation, workers will simply develop the skills needed for the next job. And robots and computers will never be able to duplicate human perception, right? Even the Oxford study admits that skills requiring creativity and social intelligence will always win over those evil robots.

Kind of makes you sit back and relax a bit. So, what do YOU think? Did the Monster poll hit home? Have you been worried that computers and robots will be taking your job in the near future?

In this article:automation, job security 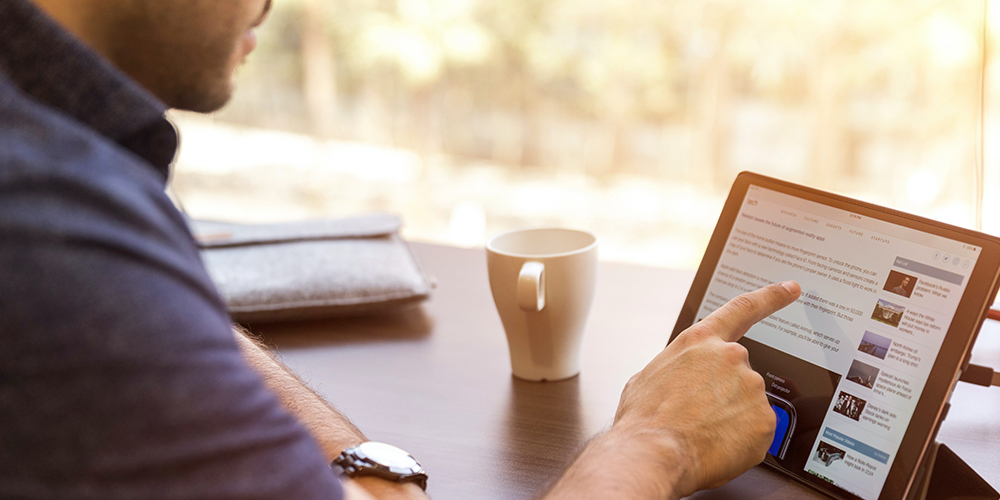 (TECH NEWS) We know machines and automation are the future of the workforce – but did you know that COVID-19 is speeding up the... 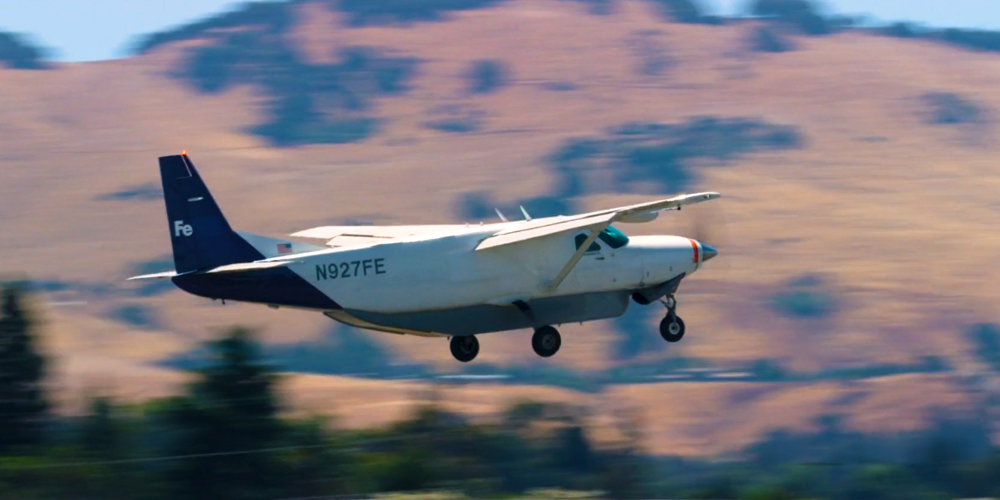 (TECH NEWS) Pilotless planes are no longer a thing of the past: Aviation startup, Reliable Robotics, already has passenger planes on the runway, and... 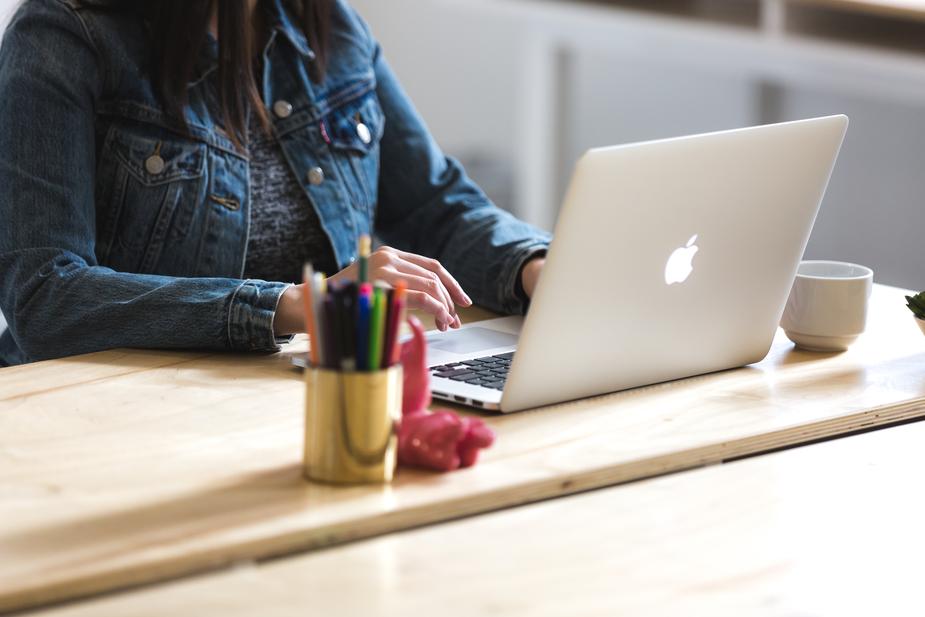 Think about automating tasks instead of replacing workers

(BUSINESS) Automation is great, unless you obsess over it and try to cut down on payroll - there's a smarter approach that successful businesses... 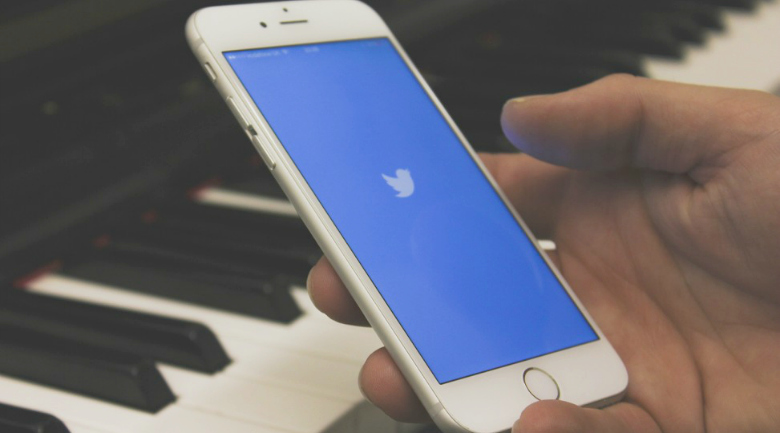 (MARKETING NEWS) We all know that automating DMs on Twitter can suck for the receiver, but your boss says it's required. This tool can...