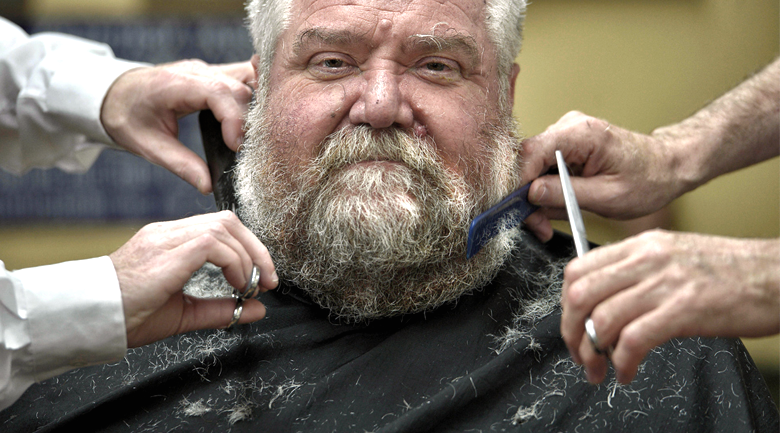 We all have a niche, but is it legal?

Almost every specialty business has a target customer. Look at Curves, which is a gym that caters to women. Preston Trail Golf Club in Dallas doesn’t allow women. Technically, they don’t even want women to enter the parking lot. Many elite salons provide spa services practically exclusively to women. One business in Washington, Pennsylvania catered to men, providing a unique barbershop where “guys” can come and get a beer and a haircut in a macho atmosphere.

Barbiere, the business in question, came under fire for gender discrimination when a women complained to the Pennsylvania Bureau of Professional and Occupational Affairs. She made an appointment for herself to get a haircut. The stylist, a woman, refused, because she did not have the right equipment or training. Some reports indicate that Barbiere even offered to pay for a haircut at another salon.

The state fined the barbershop despite attempts to accommodate

After the complaint was made, a state investigator visited the shop and interviewed the owner, Johnny Interval. A $750 fine was assessed, and Interval plans on paying the fine out of respect for the law. He stated that he “wasn’t aware he was legally compelled to service both men and women.” According to the Barbiere website, Interval will be appealing the decision. He states, “Now my future is uncertain but my actions are not.”

The same information showed up on the Barbiere Facebook page, and judging by the comments he has a lot of support from men and women alike. Although this decision may not seem like it has much to do with your business, it should make you reexamine your own business model and make sure that you aren’t unknowingly discriminating.

Under federal law, it is illegal to discriminate based on sex, whether it’s against men or women. There are ways that businesses get around the statutes. For instance, in some jurisdictions, laws allow women-only gyms for a safe male-free environment to exercise. Private clubs have their own set of rules. Hooter’s had the attention of the EEOC in the late 1990s for only hiring women waitstaff. They got around the rule because of a rule called, “Bona Fide Occupational Qualification.”

Know the rules for your business and avoid the headaches of gender discrimination.