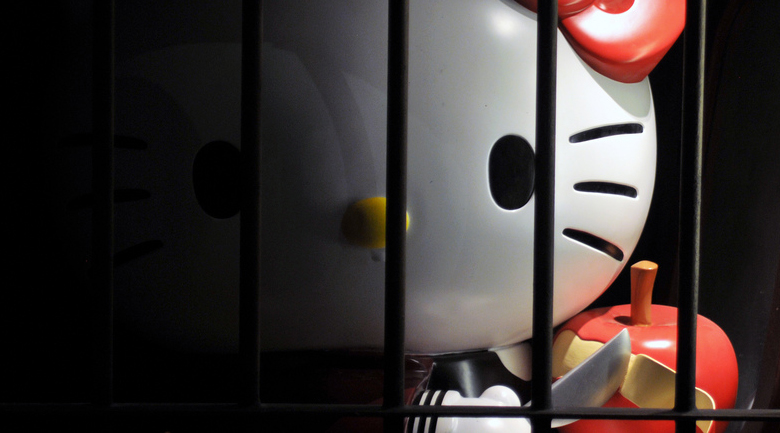 A Tulsa State Fair employee has been arrested for fraud after soliciting $40 to a carnival attendee in exchange for any prize so long as they popped one balloon (which they did, walking away with a single Hello Kitty doll). This weekend, a deputy approached the booth, asking how much it would cost to win the largest prize, and when a dollar amount was named, the 65 year old worker was arrested for violating the carnival fraud act.

The deputy’s report reads, “The rules state that the participant must win a certain number of each size prize to trade up for a larger prize. You continue to trade up until the largest prize is won.” The police report notes a change belt and $175 were confiscated and booked into evidence.

Comparing this case with the Goodwill discount giver

This is on the heels of Goodwill filing and then dropping charges against a 19 year old who was giving discounts to the poorest of clients in the low income neighborhood.

Cases like these two has people wondering where the line between a teachable moment, a fireable offense, and criminal charges.

While carnivals are well known for stacking the odds against game players (of course they never “rig” games…), some believe that this carnival worker could have been fired instead of jailed for simply trying to do a dad a favor. On the other hand, this case could very well be a carney pocketing some extra change, literally stealing from his employer, which is fraudulent.

Of the two workers, the Goodwill employee seems to have been trying to do good, while many believe that despite the harsh punishment and potential overreaction, the carnival worker seemed to be profiting himself. Either way, they both landed in hot water for making decisions that helped consumers but potentially hurt their employers.

In this article:Business, fraud, hello kitty