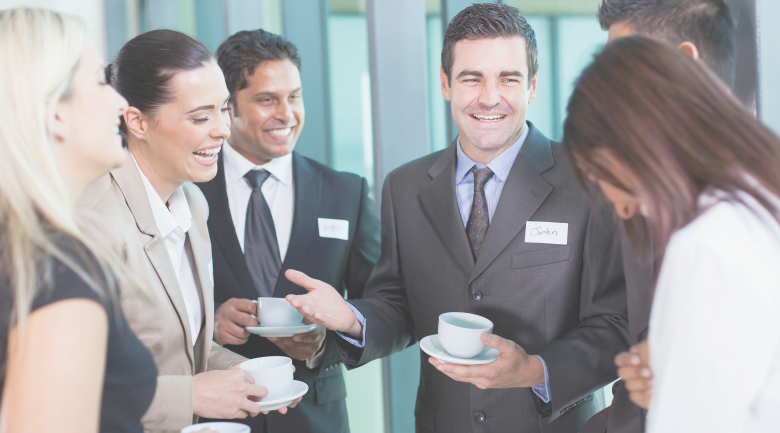 Hello, I must be going

Society has programmed us to be so busy that even a mere conversation better have some merit before it’s over. We’ve all been on the receiving end of conversations from hell: the ones that don’t seem to end. The encounters that started off with nothing but the best of intentions but at some point floundered.

Read also: Networking tip: How to tell if you’re boring someone

So how do you exit stage left without being impolite? Some techniques we do without even thinking while others can be learned. According to Lifehack, there are certain techniques for ending a productive conversation that both parties knew had run its course (i.e. “It’s been a real thrill talking to you”), and others for ending a chat that was draining one party’s time without offering any benefits (“Why don’t we plan on lunch in the near [but undetermined thank goodness] future?”).

Have your people call my people

Initially, nervous energy at the onset of a conversation can carry us through the first several minutes. Both parties are feeling out the other. There is excitement here or at least curiosity. Whether this occurs at a business function or a social event is negligible. But sooner or later the light bulb goes off. The time sounds its alarm. And one or both parties know it’s time to move on.

Problem is, for many of us, we’re not quite as good as wrapping up an encounter as we at starting one. According to one recent study, test participants reported that they had to retreat early from a conversation quite often, about 45% of the time. Yet they also reported that their conversation partners did not retreat often and that it was rare for these same partners to think a conversation had gone on too long. Suggesting that we think other people are enjoying what we’re saying perhaps more than they really do.

The process of saying goodbye

There is a process for wrapping up a conversation. Many times our lack if social graces can make it unpleasant. But Jaqueline Whitmore points out that individuals should enjoy conversation for what it is and move on without recourse. Remember, generally, bad conversations result from someone not participating.

In fact, in a conversation-from-hell, there’s one passive listener who is allowing someone else to go on and on. If you ask questions and engage in conversation, you should never find yourself trapped. The great thing about talking is that you can do what you like in conversation. Hopefully, none of us are so fragile that you wanting to leave will crush the other party. If you want to talk about something else, do so. If you just want to talk to someone else, go do it.

It’s one thing to start a conversation it’s another to end it (tactfully). That said, I’d love to continue this conversation but I need to catch a flight to Beijing.

In this article:networking, social graces