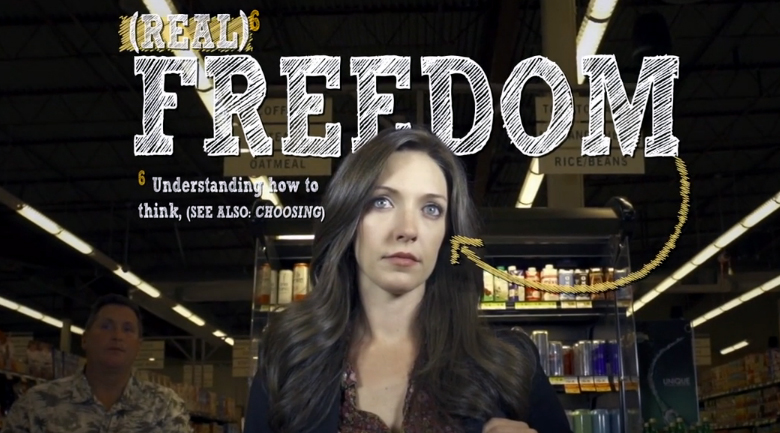 In 2005, renowned writer, David Foster Wallace was invited to give the commencement address at the class of Kenyon College, and while it was an inspiring message unlike the standard commencement speech sending doe-eyed kids into the world, it did not gain traction until his death in 2008.

The commencement speech is well known as “This is Water,” and has made the rounds on the internet, but excerpts have now been laced together into a moving short film that is what the creators call a “simple and elegant explanation of the real value of education.”

The Glossary filmmakers said, “We made this video, built around an abridged version of the original audio recording, with the hopes that the core message of the speech could reach a wider audience who might not have otherwise been interested.”

We see Wallace’s speech as validation for a college education in an era where it is typically required, yet eyes roll at a degree’s perceived value which has become mostly cultural.

The full title of Wallace’s speech is, “This is Water: Some Thoughts, Delivered on a Significant Occasion, about Living a Compassionate Life,” and was first published in book form in 2009. Critics mock that Wallace committed suicide, but supporters respond that even living a compassionate life cannot fully solve depression.

David Foster Wallace was a novelist, essayist, professor and regarded as one of the most influential writers in the last two decades. When he passed, he was working on an incomplete novel, which was published in 2011, becoming a Pulitzer Prize finalist in 2012.

Wallace’s now famous “This is Water” speech tackles the difficulty of empathy in a fast paced world and gives students and now anyone watching the video some tools to cope in the monotonous world of adulthood, remaining one of his most famous pieces.

In this article:commencement speech, david foster wallace, this is water