No stranger to self-perpetuated controversy, real estate brokerage, Redfin has just launched an interactive online tool to help homeowners “determine a fair price range for their home, using the same process and up-to-the-minute data that professional agents use.”

The company says their goals is to empower consumers to put accurate home pricing in their hands with their “Home Price Tool” which allows customers to see, choose and edit the homes that make up a comparable market analysis (CMA) like agents do. As a result, Redfin says “a home owner can then have a true dialog with her agent about pricing of the home for the market.”

The Home Price Tool has a transparent formula which the company says differs from other online CMA tools, and along the way, they educate homeowners on the pricing process so they have an estimate before entering discussions with an agent.

Users begin with a price range based on similar, recently sold homes in the neighborhood, then eliminates comparable homes that are dissimilar (new constructions, abandoned foreclosures, too big, too old, or unimproved, for example). Redfin says this results in a fair, competitive price range to guide users as to what their home is worth or how it should be priced.

“Estimating a home price is more art than science. When the home owner and her real estate agent both have access to the same information, it becomes a productive conversation and it paints a much more accurate picture of the home’s value,” said Jim Lamb, lead product manager for Redfin. “The Home Price Tool is a kind of freedom for home owners. They no longer have to accept what their agent or some website’s mystery formula tells them their home should be worth.”

Leaning toward art over science is fascinating given Redfin CEO Glenn Kelman calling the team “scientists” on a 60 Minutes interview several years ago, but the company has certainly undergone several makeovers as they have expanded not only their size but their offering and price model. Under Kelman’s leadership, Redfin has attempted other controversial moves like the recent four day stint attempting to offer consumers transparent ratings on all real estate professionals through “Scouting Reports” and the recent launch of “Open Book” which offers consumers a local directory of reviews and rankings of title agencies, inspectors and lenders with more to come.

While Redfin is not pioneering the CMA, nor the AVM (automated valuation model where a price is electronically generated), they are making strides toward what they call transparency by allowing consumers to interact with the data. This move will ruffle real estate professionals’ feathers, but could also be advantageous to Realtors whose listing clients refuse to budge on pricing, and for homeowners who feel the need to verify what their agent says. It’s not a revolutionary move, it’s an attempt to improve an existing technology and an existing concept in a transparent way. 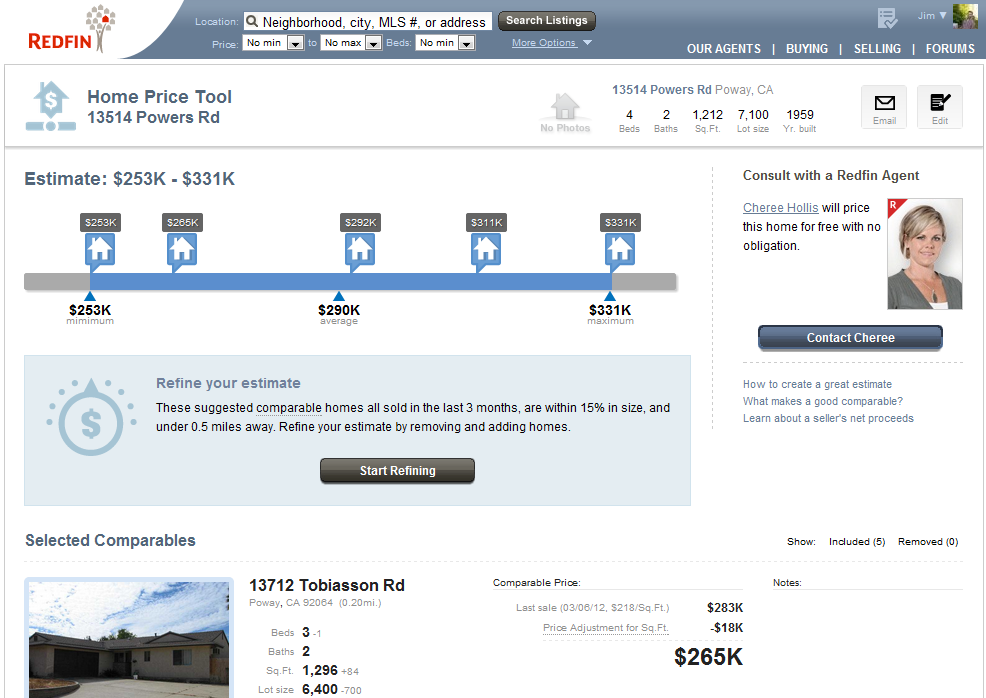 In this article:News, Real Estate, Redfin