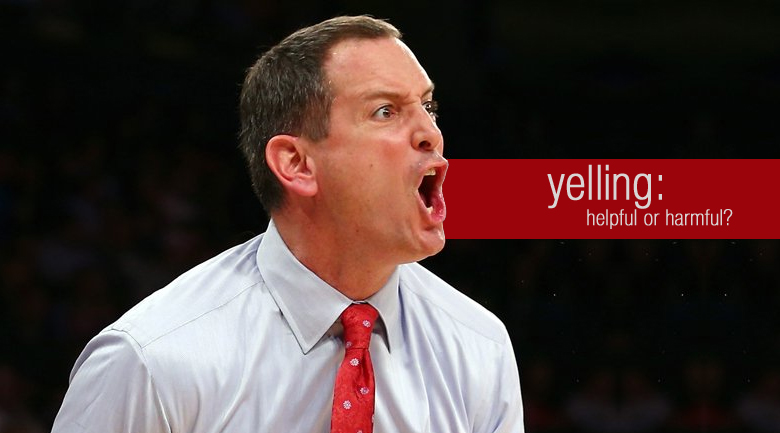 Rutgers is in the midst of a firestorm. Video footage of their head basketball coach, Mike Rice, berating his players to the point of physical abuse recently surfaced. Somehow, University leadership did not view it as automatic grounds for dismissal until public outrage demanded it.

The story shines light on a larger communication issue that exists in our culture. We are outraged now, but it’s amazing how many people honestly believe that yelling is an effective method of communication. I have talked to countless employees who live in a constant state of uncertainty as to when the boss will next blow up.

While you might not become a national news story, the consequences of yelling as your norm are no less damaging to your reputation and effectiveness as a leader. Why then, do so many of us believe raising our voice in anger has a place in the office (or at home)? It’s the result of a logical fallacy relating to the statistical concept of ‘regression to the mean.’

A dropped pass is a deviation

A football analogy will make this clear: even the most gifted wide receiver drops a pass occasionally. It’s not common, because if it was, he wouldn’t be gifted, but it happens. The rare dropped pass is called a deviation from the mean (or norm) in statistics. The great thing about a deviation from the mean is that people predictably move back to standard performance.

Neither the praise nor the yelling will change the statistical reality that a ‘regression to the mean,’ or a return to the player’s norm, is likely. BUT, the coach now believes yelling is what made the player improve performance. He’s wrong. It’s called math. Learn it.

When I work with speakers, we start with a reminder that the audience is immediately asking “Do I trust you? Are you a friend or a foe? Are you safe?” This is a biological response rooted in the limbic system of your brain.

Yelling is a combination of several aggressive verbal and nonverbal behaviors. When displayed, the response to those surrounding the aggressor is viscerally moving into ‘freeze, fight, or flight.’ We prepare for battle. And when we are in battle, you know what we aren’t doing? Listening, understanding, trusting, or communicating.

On the other hand, when trust is high- we have the foundation for high performance (collaboration, innovation, critical thinking skills, and focus).

This is why statistically, optimism is one of the greatest predictors of future success. There are number of reasons for this – optimists take more risks, recover faster from failure, are more productive, AND they grow larger social networks. Optimistic peoples’ internal state causes them to project the impression of trust, of friend rather than foe (i.e. smiles, vocal variety, confident posture, positive framing). It’s no wonder we all want to be around people who are optimistic- their happiness makes us happy.

The temporary upside of yellers

Yellers might gain temporary high performance on the backs of fear-based management, but they seldom have the relational collateral to create long-term highly productive teams.

It’s time to call a spade a spade. If you believe that yelling at employees, colleagues, players, your kids is somehow improving behavior, you are losing the war to win the battle.

What about the Bobby Knight’s of the world? There are a number of high profile people who have had immense success. It’s important in this instance to understand that the key is trust. Yelling is a typical detractor to trust, but in rare cases, a leader can build the relational capital to have permission to yell. The problem is that this is the exception rather than the rule.

Legendary football coach and Executive Director of American Football Coaches Association, Grant Teaff, is so committed to changing the culture of coaching by teaching them effective communication that he asked me to speak on this very subject at the annual conference in January. There is no difference between the court/field and the workplace, as our brains are all wired the same in how we respond to yelling, be it freeze, fight, or flight, neither of which are conducive to a healthy environment. 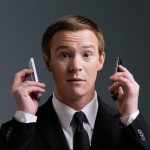