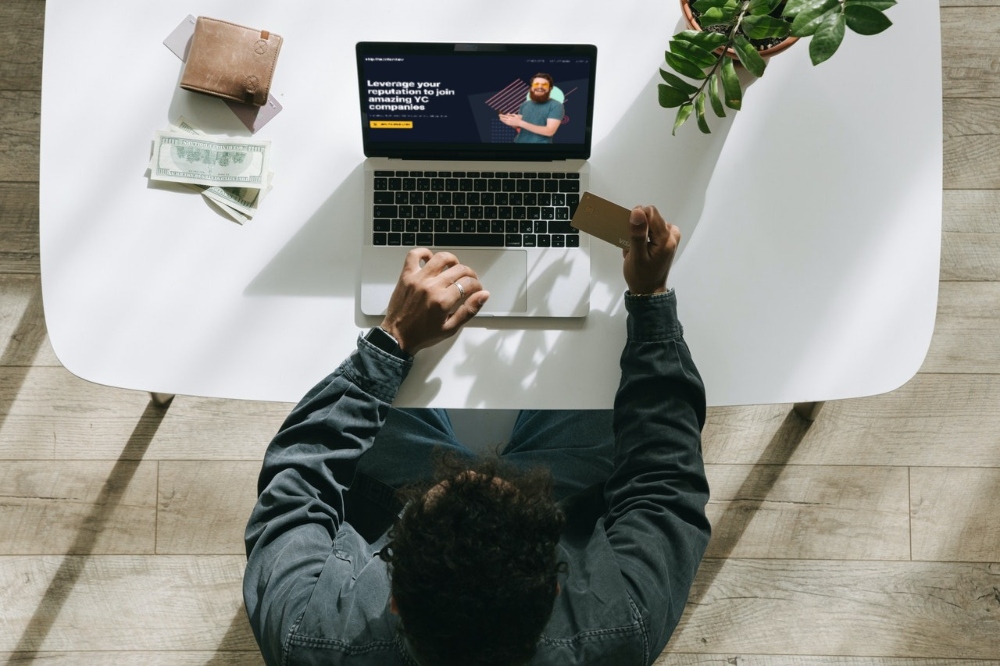 While it would be nice to never have to deal with awkward job interviews again, skiptheinterview.com didn’t exactly create the innovation they thought they did! The site Skiptheinterview.com allowed job seekers to match with jobs, then get sponsored by former coworkers to “skip the interview” and be automatically hired. CEO Chris Evans (no, not that Chris Evans) claimed he created the website to prevent discrimination against candidates who do not interview well, but he created a pay-to-play system that all but guarantees discrimination.

Although the entire hiring process can be difficult for all parties involved, with many candidates fumbling with the interview portion, Skiptheinterview.com is not the solution.

The candidates can “crowdsource” money from former coworkers for them to skip the interview. The minimum donation is $50.

It is not a small sum of money that they expect candidates to raise, either.

You get to start as soon as you raise the funds, which, conceivably, could be never in many situations and the website doesn’t mention what happens to the funds if a candidate never reaches their crowdsourcing goal. If the candidate stays at the company for longer than two months, the sponsors get double their money, and if not, they lose everything.

Not only does this feed into an unfair pay-to-play system, but companies with toxic work environments can leverage social pressure (like not wanting to lose all your former coworkers’ money) to keep their employees there and slow down the turnover rate.

Job searching is never easy, and to make matters worse, many candidates are just trying to get in the door when their competition often has internal referrals or connections. Skiptheinterview.com feeds into the unfair advantages and exclusive clubs that certain, more well-off candidates are already a part of.

Below are some screen grabs from the old site, one of them asking for ELEVEN THOUSAND DOLLARS before a candidate could skip the interview and start working for a company as a full stack developer.

Many unemployed people, especially those who are unemployed for long periods, become desperate to find employment, and this website (along with others we’ve shared with you in the past) is preying on that desperation, especially since it conveniently launched when many people were out of work as a side effect of the devastating worldwide pandemic. 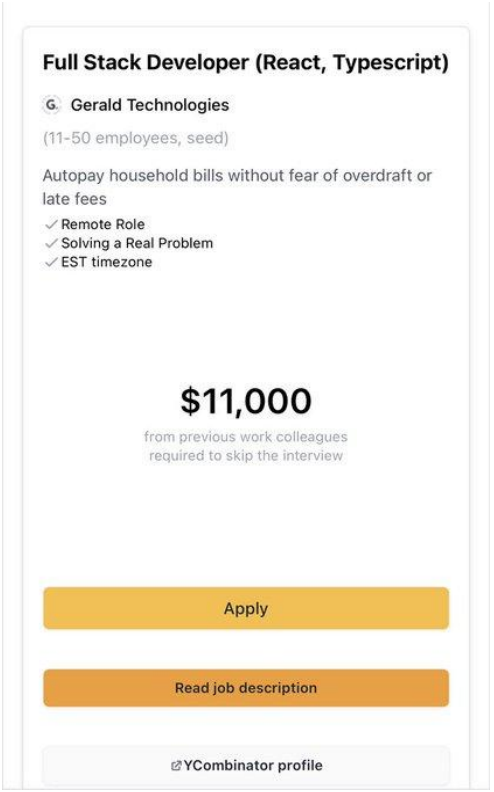 The good news? Twitter users got wind of this less-than-great idea and roasted Evans and his company so badly that he temporarily took his site down until he “spoke to many more people.”

Evans alluded to coming back after further research and development, however, he doesn’t appear to be back after changing his startup’s status from active to “only taking feedback” and “refining his pitch.” Though the site still appears when searched, it thankfully does not appear to be operational.

You can find more image captures of the site from Internet Archives here.

In this article:Employee Referrals, Skip the Interview, The News