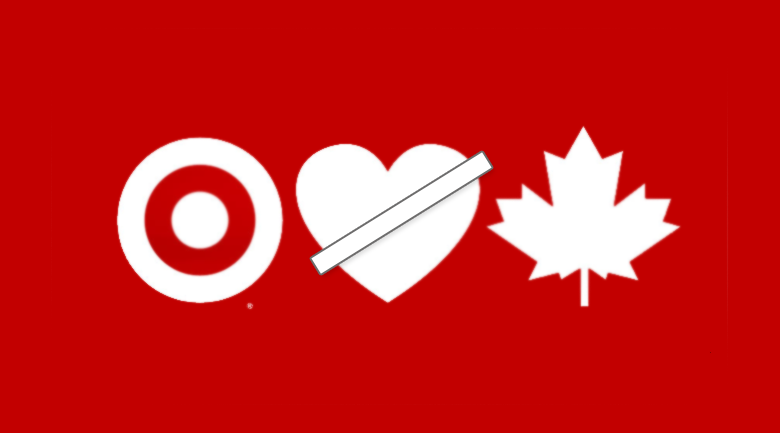 Target and Canada no longer sitting in a tree

Target has announced that they will be closing all of their stores in Canada. This will amount to 17,600 jobs lost in the 133 stores sprinkled across the country. Target has only been in Canada for a few years but the entire business venture up north has been a disaster. They are expected to lose $5.4 billion in the downfall.

This may come as a bit of a shock to American consumers, considering how popular the Minnesota-based Target stores are here in the states. Target stores in Canada were unable to make the same connection with their shoppers. They have been doing poorly since they opened. They did not have the merchandise to stock the shelves and were unable to competitively price items. Those two factors are significant in keeping a retail store running.

Read also: 5 business needs that will cost more in 2015

In a press release regarding the closings, Target CEO Brian Cornell explains, “The Target Canada team has worked tirelessly to improve the fundamentals, fix operations and build a deeper relationship with our guests.” However, after the holiday season came and went with the stores posting abysmal numbers, the writing was on the wall. Cornell says it was going to take too long to be profitable and pulling out was their only option.

They confidently scooped up leases from previously failed stores and began flipping the locations with the signature red bull’s eye and bright daylight bulbs. Customer expectations were high that the Canadian stores would stock their shelves like those in American Targets, such as carrying exclusive merchandise from name brand designers and trendy home goods. Instead, the shelves were bare.

In this massive retail layoff, most employees heard the news right along with everyone else. Target is at least trying to make things right with their soon to be former employees. They are seeking Court approval to make cash contributions into an Employee Trust which would provide Target Canada-based employees a minimum of 16 weeks compensation.

It’s going to be a tough transition for one of our nation’s top retailers. Coming home with their tail between their legs, their focus will be directed at their American stores and online growth.

In this article:business news, target