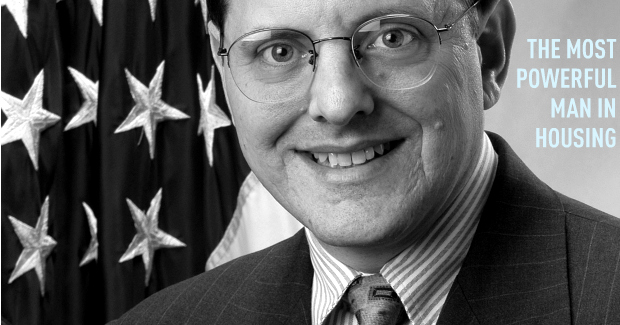 Why is DeMarco under fire?

We recently introduced you to Edward DeMarco who is more powerful than Obama when it comes to housing as he is the FHFA director (which regulates Fannie Mae and Freddie Mac), and it is exactly his head that Democrats are currently calling for. Is he being asked to resign because his inspector general discovered that Fannie Mae and Freddie Mac knew about foreclosure abuses by lawyers handling their foreclosures and ignored it since 2003 or because Fannie Mae now refuse to fire the law firm that falsely foreclosed on homeowners since they got paid by the foreclosure and were not overseen by anyone, including Fannie?

Or are Democrat leaders angry because MERS is being sued left and right and being dismantled after Fannie, Freddie and banks got together to form a questionable method of recording loans? Or is the anger because of robosignature scandals, failed moratoriums or failure of all to understand or enforce the complicated Frank-Dodd bill? Is the rage from Dems because it was suggested that renaming and rebranding Fannie and Freddie would change anything, or because Fannie breaks its own rules, doesn’t protect homeowners and was caught doing things like spending $27,000 on a $3,000 debt?

No. They are not currently concerned with any of these. According to TheHill.com, leading House Democrats are suggesting that DeMarco step down because they are “infuriated” that during DeMarco’s briefing of 17 House Democrats this week, he revealed that the FHFA doesn’t have a plan yet for fixing the housing crisis or helping struggling homeowners.

“Either do something or get out of the way,” Representative Dennis Cardoza (D-CA) said after the meeting. “And if you’re incapable of doing it, then find somebody who isn’t.” DeMarco isn’t alone as the sole focus of anger, Democrats are calling out President Obama as well.