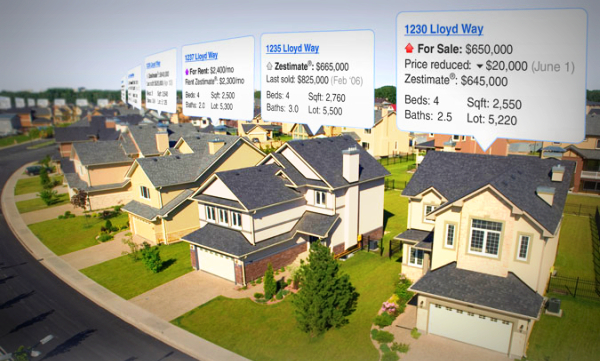 Home values have dropped. But wait, have they?

The decline has slowed, however, as home values only fell 0.4% from first to second quarter, posting what Zillow claims to be the smallest quarterly decline in more than four years, with two thirds of the cities studied reporting appreciation between first and second quarter of 2011.

With negative equity, unstable demand and foreclosures, the company is predicting the bottom for house values in 2012 at the earliest.

A bumpy road ahead

“While there are many positive signs in the second quarter, and it is clear the post-tax credit free-fall of home values is over, we’re not out of the woods yet,” said Zillow Chief Economist Dr. Stan Humphries. “It is very encouraging that two-thirds of markets in our report experienced home value appreciation, but we have to remember that this is coming on the heels of one of the worst quarters since the housing recession began.

“We expect a bumpy road ahead,” Dr. Humphries said. “There will be many ups and downs in home values before this is over, and we continue to expect a true bottom in 2012, at the earliest. There are still hazards in the form of a full foreclosure pipeline, high negative equity and fluctuations in demand.”

The impact of the U.S. Government debt downgrade

“The real near-term impact of the downgrade on the housing market won’t happen via mortgage rates but rather through reduced consumer confidence,” Dr. Humphries writes. “Consumer confidence is being buffeted right now with negative signals, from reports early last week of declining consumer spending in June to more tepid job growth numbers reported on Friday. In periods of economic turmoil, many consumers tend to hunker down, making it less likely they will engage in high-priced transactions like home purchases.”

Humphries adds, “Moreover, the stock market declines that have accompanied the debt ceiling debate and the credit rating downgrades by S&P won’t help consumer confidence either, making any consumers invested in the markets feel that much poorer. The S&P 500 and NASDAQ are already on pace to make August the worst month on record since February 2009 and November 2008, respectively. This makes it even more difficult to call the bottom.”