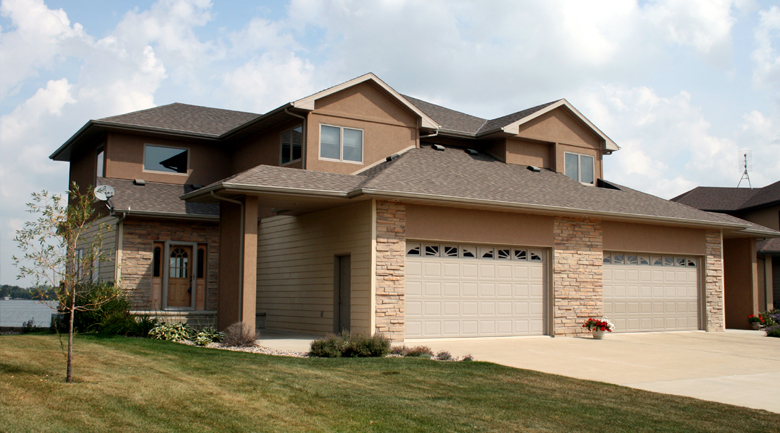 Existing home sales down, prices up

According to the National Association of Realtors (NAR), existing-home prices (prices on homes sold) in June fell 5.4 percent from May, while rising 4.5 percent from June 2011. The association points to tight supplies of affordable homes, limiting first time buyers.

The national median existing-home price for all housing types hit $189,400 in June, up 7.9 percent from a year ago, marking the fourth consecutive month of price increases, which has not happened since February to May of 2006, before the housing crash.

Dr. Lawrence Yun, NAR chief economist, said the bigger story is lower inventory and the recovery in home prices. “Despite the frictions related to obtaining mortgages, buyer interest remains solid. But inventory continues to shrink and that is limiting buying opportunities. This, in turn, is pushing up home prices in many markets,” he said. “The price improvement also results from fewer distressed homes in the sales mix.”

According to the Freddie Mac Primary Mortgage Market Survey (PMMS), the national average commitment rate on a 30-year fixed rate mortgage (FRM) fell this week to 3.53 percent from 3.56 percent the week prior, down all the way from 4.51 percent in June 2011 which was still considered low at the time. While fees and points remained the same as the week prior, the average rate on a 15-year FRM fell to 2.83 percent (from 2.86 the week prior), and a 5/1 adjustable rate mortgage fell to 2.69 percent (from 2.74 percent), revealing a continued slide in rates.

Regardless of attractive rates, lending conditions remain tight, and the NAR reports that the barrier to entry is high given the lowered inventory levels.

The signals coming from economists can be confusing because many point to the pending shadow inventory of foreclosure homes that are not yet for sale that could flood the market, but at this moment, while distressed home sales are much more common than in the past, the shadow inventory (real or not) has not hit the market, so inventory is said to be quite tight.

Distressed homes accounted for one in every four home sales in June (13 percent were foreclosures and 12 percent were short sales), which is the same as the month prior, but 5.0 percent less than a year ago. Foreclosures sold for an average discount of 18 percent below market value in June, while short sales were discounted 15 percent.

“The distressed portion of the market will further diminish because the number of seriously delinquent mortgages has been falling,” said Dr. Yun.

At the end of June, total housing inventory fell 3.2 percent, hitting a 6.6-month supply at the current sales pace, up from a 6.4-month supply in May, while listed inventory is 24.2 percent below June 2011 when inventory levels were at a 9.1-month supply.

First-time buyers accounted for 32 percent of purchasers in June, compared with 34 percent in May and 31 percent in June 2011. “A healthy market share of first-time buyers would be about 40 percent, so these figures show that tight inventory in the lower price ranges, along with unnecessarily tight credit standards, are holding back entry level activity,” Dr. Yun said.

Cash sales rose 1.0 percent to 29 percent of transactions in June, the exact same levels as seen a year ago. Investors, who account for the bulk of cash sales, purchased 19 percent of homes in June (the exact same as a year ago), rising from 17 percent in May.

Sales of different types of construction

According to NAR, single-family home sales declined 5.1 percent to a seasonally adjusted annual rate of 3.90 million in June from 4.11 million in May, but are 4.8 percent above the 3.72 million-unit pace in June 2011. The median existing single-family home price was $190,100 in June, up 8.0 percent from a year ago.

The NAR reports that:

Regarding the Western region, the NAR says, “Given tight supply in both the low and middle price ranges in this region, sales in the West are stronger in the higher price ranges.”

NAR President Moe Veissi said that there’s been a steady growth in buyer interest. “Buyer traffic has virtually doubled from last fall, while seller traffic has risen only modestly,” he said.

Veissi added, “The very favorable market conditions are helping to unleash a pent-up demand, which is why housing supplies have tightened and are supporting growth in home prices. Nonetheless, incorrectly priced homes will not attract buyers.”