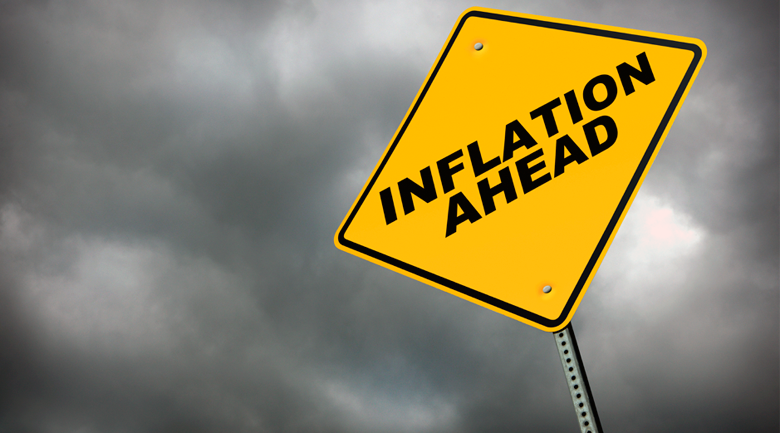 The economy is shifting – where’s the inflation?

As the economy slowly begins to recover, we being to wonder what will be next. With a stronger economy, should come higher inflation, but we have yet to see this fully happen. According to three new charts from Deutsche Bank economist, Torsten Slok, inflation is on the way, soon, but is it really?

“Historically, when Capacity Utilization is high, as it is now, the inflation rate has been much higher,” states Weisenhal. However, Bill McBride, writes “There were periods when capacity utilization was higher than now – and inflation lower.  As an example, capacity utilization was close to 83% in 1998, and YoY inflation averaged 1.5%.”  He also writes, “So I don’t think the first graph is convincing that inflation is “right around the corner” (the last two graphs are from a small survey and also not convincing).” 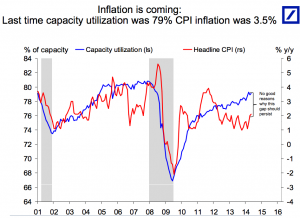 The second chart reports data from the National Federation of Independent Businesses stating businesses are finding it more and more difficult to fill job openings. Weisenhal states, “this is a function of the mass of unemployed starting to disappear.” However, many people are still unemployed and struggling, so is this a sign of the mass of the unemployed disappearing, or does this issue require more data? 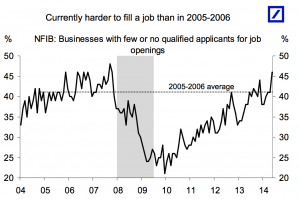 The final chart report that companies are planning to increase wages. Weisenhal states this is because “companies are having a harder time finding employees, they’re indicating that salary increases are coming.”

This does not seem exactly logical to me. I am certain salary increases depend on a number of factors, but again, as McBride stated, it could be due to the fact that this is a small survey. 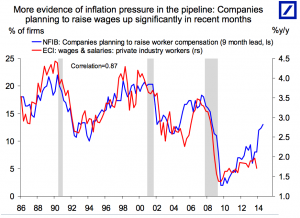 While change may be in the wind, I definitely think we need more information, broader study results, and finite proof that inflation is coming before making a decision.

In this article:Business, Economy, inflation