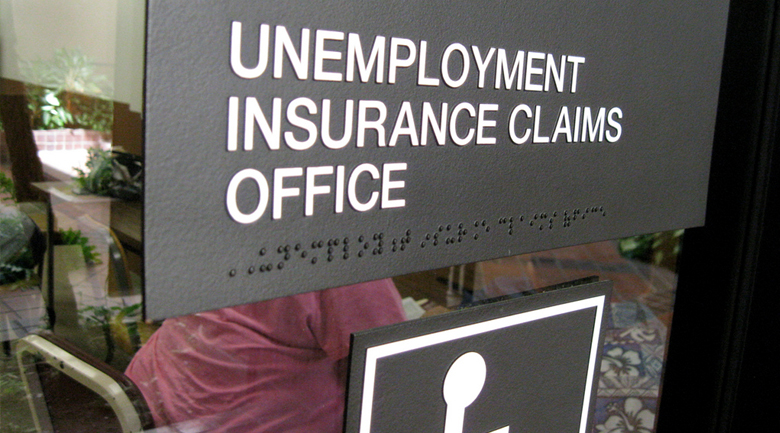 Economists at the National Association of Realtors weighed in, observed that there is “not much to read into the” 20,000 unemployment claims, “since the uptick is within the range of the usual weekly variation of about 18,000 claims. The data is also preliminary and subject to revisions, generally upward, the following week.”

The trade group says despite the uptick, the overall trend is still toward a lower level of claims and the four week moving average, which is a less volatile metric, is improving, albeit modestly.

“So the job market is still improving, although at a slow pace,” the association’s economists opine. “Even with sequestration, NAR projects 1.4 million non-farm net new jobs in 2013.” 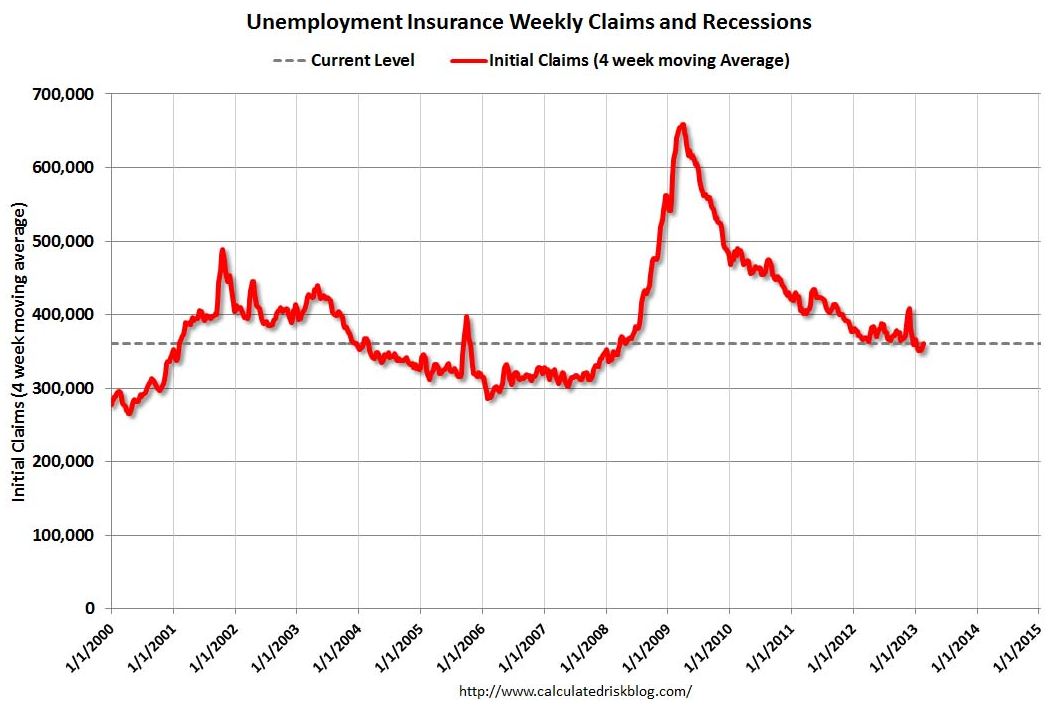 Above: 4-week moving average of weekly claims since January 2000, chart by CalculatedRiskBlog.com.