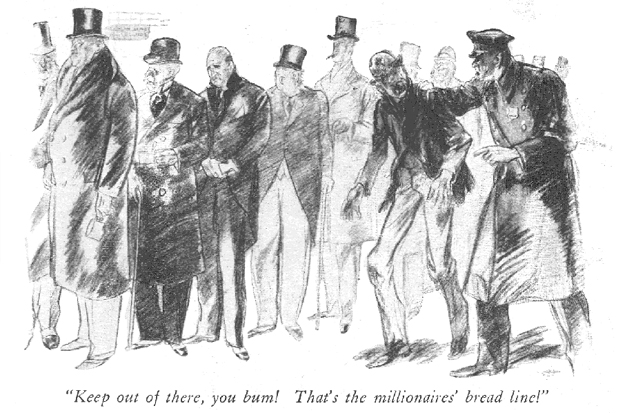 Whistleblowers from JPMorgan Chase subsidiary EMC Mortgage Corp. are now coming forward with a tale quite familiar to American history buffs, and the allegations smack of the Roaring Twenties’ hidden greed that tanked the entire stock market. In short, former employees of defendants Watterson, Syncora and Ambac have alleged that their due diligence providers were knowingly not adequately reviewing loans yet approving them and sending them along as purchasable portions of a large volume of loans for securitization. In other words, the giant packages of loans being sold were knowingly passed off as having successfully passed the due diligence check, yet they had not.

A letter from the plaintiff’s attorney, Erik Haas explained, “Of particular significance here, the pleadings referenced the testimony of another former Watterson contractor who reviewed loans for defendants, and who was deposed in the Syncora matter on August 25, 2010. This contractor testified that Watterson’s review was nothing more than a rubber stamp approval to satisfy defendants’ objective of purchasing a large volume of loans for securitization. As the former contractor stated, the “vast majority of the time the loans that were rejected [byWatterson] were still put in the pool and sold.” See Ambac First Amended Complaint ¶ 127. That testimony mirrored representations made in the press and before the Financial Crisis Inquiry Commission, which the record shows defendants were well aware of when made. Defendants also know – from communications with Watterson’s counsel concerning an analogous application made before Justice Bransten – that in the last three weeks an additional two Watterson contractors have been deposed concerning these same issues…Like the other witnesses, the deponent is a whistleblower who will testify concerning the actual re-underwriting practices undertaken on behalf of the defendants, which were in stark contrast to the practices defendants represented to Syncora and Ambac (and investors). The deponent came forward and met with counsel for Syncora and Ambac in connection with the pending actions to set the record straight. As appropriate and common in preparing for trial, counsel for Syncora and Ambac secured an affidavit from the deponent.”

According to Investopedia, “Until the 1920s, most market fraud affected only the few Americans who were investing. When it was confined largely to battles between wealthy manipulators, the government felt no need to step in. After WWI, however, average Americans discovered the stock market. To take advantage of the influx of eager new money, manipulators teamed up to create stock pools. Basically, stock pools carried out Daniel-Drew-style manipulation on a larger scale. With more investors involved, the profits from manipulating stocks were enough to convince the management of the companies being targeted to participate. The stock pools became very powerful, manipulating even large cap stocks like Chrysler, RCA and Standard Oil.”

Additionally, “When the bubble burst in 1929, both the general public and the government were staggered by the level of corruption that had contributed to the financial catastrophe. Stock pools took the lion’s share of the blame, leading to the creation of the Securities and Exchange Commission (SEC). Ironically, the first head of the SEC was a speculator and former pool insider, Joseph Kennedy.”

Do stock pools that were tainted by manipulation in the 1920s equal securitization of knowingly unworthy mortgages in the 2000s?